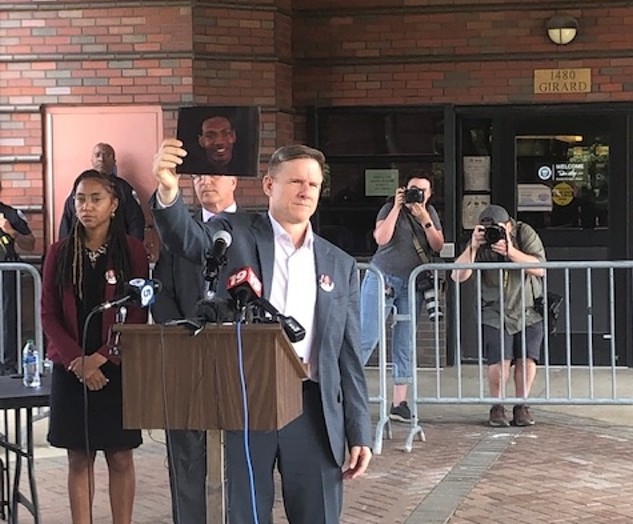 The Akron Beacon Journal has filed a lawsuit asking the Ohio Supreme Court to  make the city of Akron and the Akron Police Department release the personnel records of officers involved in the police shootings of Jayland Walker, James Gross and Lawrence LeJames Rodgers.

“In short, in both its handling of public records requests and its recent protocol changes, Akron has taken the position that its uniformed civilian police officers can act with anonymity and in secret, even when using lethal force,” says the complaint, filed to the Ohio Supreme Court on Nov. 21.

However, “there can be no disputing that a ‘Directive’ for police officers ‘to return to their regular duty assignment is not a confidential law enforcement investigatory record…that would permit redaction,” according to the Beacon Journal’s lawsuit.

In November, anonymous activists released the names of the eight officers they believe shot 25-year-old Jayland Walker 46 times and who were reinstated in October — to alleviate what Akron Police Chief Steve Mylett said were staffing shortages — following months of paid administrative. The activists cross-checked redacted files initially released by the city andwith publicly available information such as resumes and salaries to come up with the list.

Akron has yet to confirm or deny the identities released by activists.

The lawsuit notes that, in addition to the department's redactions, it has allowed officers to now wear badges without their names.

“The failure to wear name plates conveys a message to community members that, through anonymity, officers may seek to act with impunity,” it says. “Further, the lack of name plates makes it difficult or impossible for members of the public to identify officers if they engage in misconduct, or for police departments to hold them accountable.”

Editor Michael Shearer says the Beacon Journal does not currently plan to publish the officers’ names but is concerned with “ensuring the city of Akron follows state law regarding public records”.

The city of Akron declined comment to the Beacon Journal.