Before/After: Here's What This Dog That Weighed 19 Pounds When It Was Rescued Looks Like Now 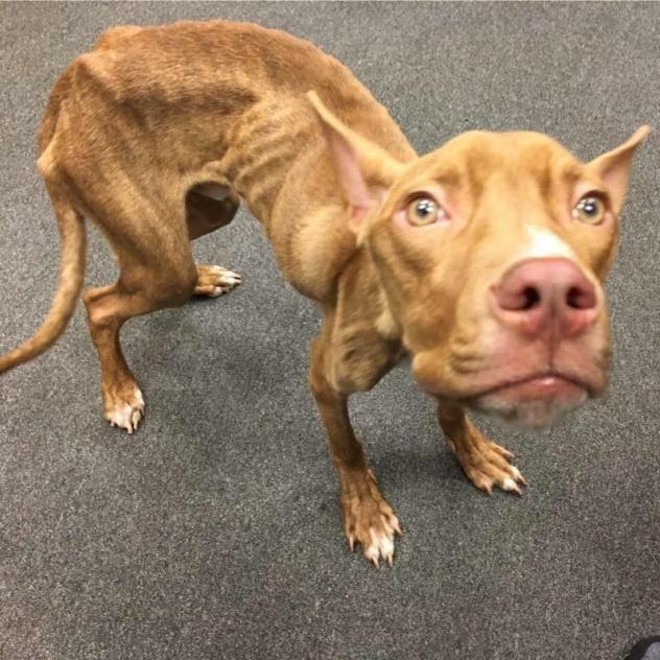 Petfinder Photo
BEFORE: Malachi weighed 19 pounds.
When Malachi was discovered wandering the streets of Cleveland a few months ago, he was so emaciated nearly every bone in his body was on display. Weighing just 19 pounds at the time, his road to recovery wasn't going to be easy. But today, the resilient pit bull-terrier mix is back to a healthy weight (see below), and he's up for adoption.

Taken in by Mutts in a Rutt Rescue, Malachi's current foster parents describe the 1-year-old dog as "wonderful," and they say "he has not let his horrible past break his spirit."

Local photographer Greg Murray, who contributed to Scene's last puppy issue, said the dog was "very friendly and full of love" during his recent photo shoot that captured his current (damn majestic and strong) condition.

While Malachi is house trained, neutered, good with other pets and current on all of his shots, he probably will need more obedience training, his foster parents say. 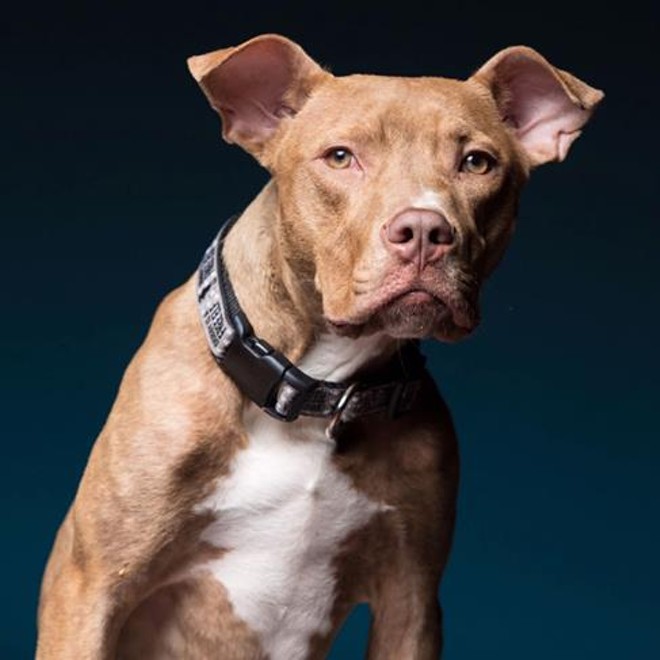