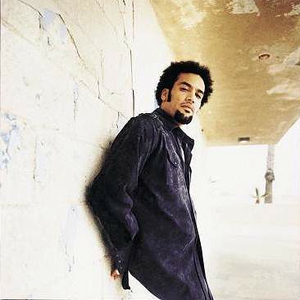 During a recent interview, singer-guitarist Ben Harper talked up his new album, White Lies for Dark Times, his first with his new backing band, the Relentless7. Over the course of our chat, he fondly recalled when he performed the national anthem at Game 3 of the 2007 NBA Finals. “It sure was an honor,” he said.

“That was the first time I’ve done it," he says. "There have been a couple of invites since, but I haven’t done it again. In a weird way, it’s the kind of thing you only do once.”

When our talk turned to the NBA playoffs, Harper says he’s rooting for the Cavs. Well, up to a point. “Good luck this year,” he says. “It’s certainly looking like a crash course with Kobe and LeBron. I’m a Lakers fan. But I’m a fan of the game more than anything. If they’re not playing the Lakers, I’m backing you. LeBron is such an exciting player. How great for Cleveland to have a player like that?”

Harper also has a message for Cavs’ owner Dan Gilbert. “Let the Cavs know they owe me a team-signed ball for playing the national anthem,” he said. “I never got my team-signed ball. I want my ball. I earned it.”

When notified of Harper’s request, Cavs Senior Vice President of Communications Tad Carper initially thought it was a joke. But he now says he’s looking into the matter to see if it was a “formal agreement” or simply a “request.” —Jeff Niesel