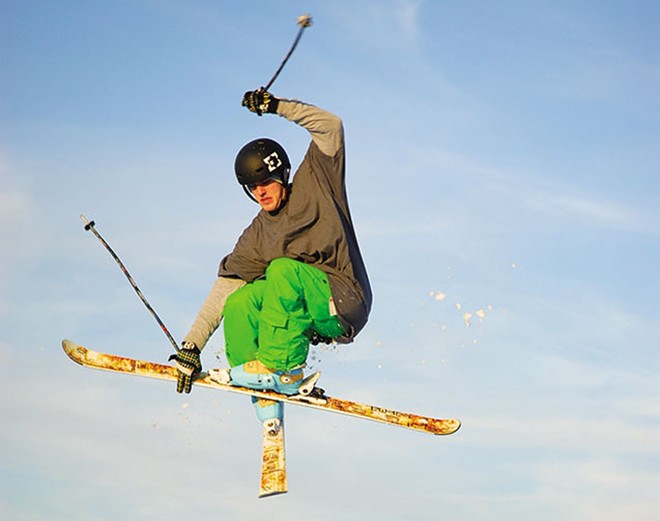 Scene Archives Photo
Sweet ski jump.
The trio of Northeast Ohio ski resorts, Boston Mills, Brandywine and Alpine Valley, will pay their employees a minimum of $20 per hour for the 2022-2023 ski season.

Vail Resorts, the Denver-based winter sports and hospitality company that owns the local slopes, said that the significant pay increase was to fortify customer confidence after a season of long lines and reduced hours due to staffing woes. Vail announced the pay raise for all its properties in the United States, with corresponding increases at its properties in Canada.

The Plain Dealer's Susan Glaser was first on the news locally after Vail's quarterly earnings call Monday. She noted that the current starting wage at Vail's Ohio locations is only $11.25, with a $2 hourly bonus for employees who stay on for the full season.

In a news release, Vail said that it will likely spend $175 million on employee raises and related expenses company wide, including enlarging its HR department by roughly 50%. CEO Kirsten Lynch said salaried employees would see raises as well, above the standard rates of inflation. She said that the increased spending on staffing was to help return the resorts to their normal levels of operation before Covid.

As the ski slopes continue to promote their season passes, as opposed to daily lift tickets, they also want to ensure that customers who had negative experiences in 2020 and 2021 clock the news early enough to consider re-upping for 2022-2023. (The employee raises are slated to go into effect in October.)

The local ski slopes thus join Cedar Point as companies that have used major pay bumps to solve for the so-called labor shortage. At Cedar Point, applicants rushed to fill what were previously undesirable positions when Cedar Fair announced that they would boost starting wages to $20 per hour. Cedar Point is dropping back down to $15 per hour this year, in part due to complaints from Sandusky-area small businesses, who complained they couldn't compete.