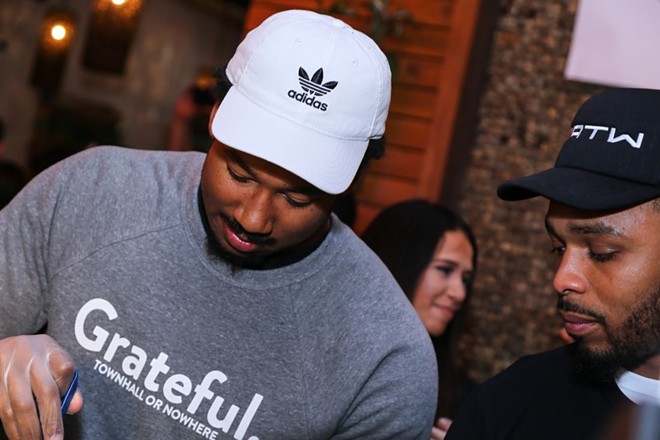 The Browns released a statement saying Garrett was transported to a local hospital and that the team was in the process of gathering more information.

Both Garrett and the passenger were wearing seatbelts, according to authorities. The car was said to have flipped over multiple times before it came to rest. Neither drugs nor alcohol were involved.

Channel 3 was on scene and captured images of the aftermath. The car looks like it's in pretty bad shape.  Obviously, Garrett's playing status for Sunday's game against the Atlanta Falcons is unknown.

Sam Allard is the Senior Writer at Scene, in which capacity he covers politics and power and writes about movies when time permits. He's a graduate of the Medill School of Journalism at Northwestern University and the NEOMFA at Cleveland State. Prior to joining Scene, he was encamped in Sarajevo, Bosnia, on an...
Read More about Sam Allard
Scroll to read more Cleveland Sports articles