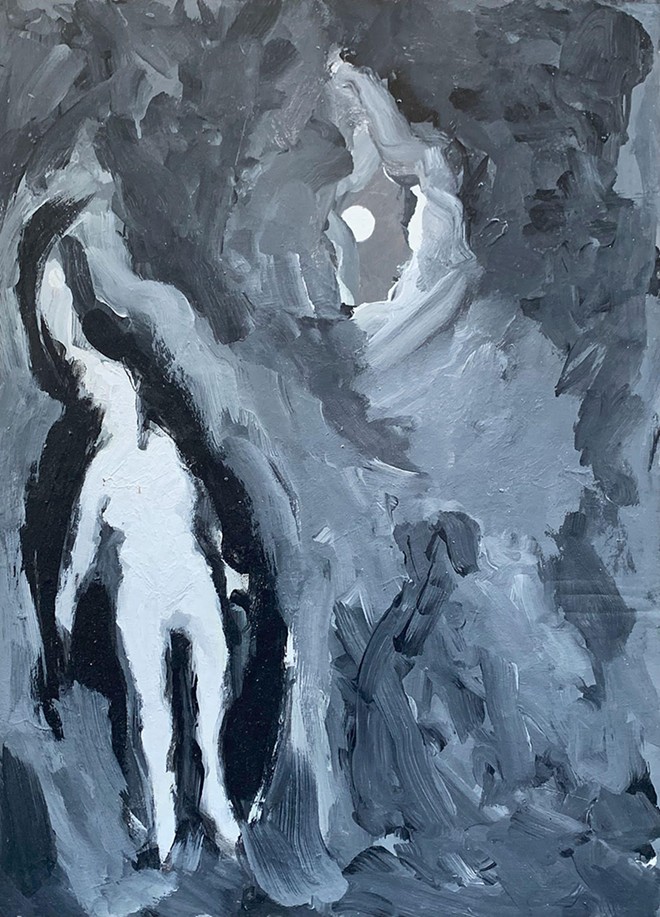 Courtesy of Buckland Museum of Witchcraft and Magick
Ray Robinson's Birth of a Witch.

The Buckland Museum of Witchcraft and Magick has just opened the first exhibition of British artist Ray Robinson's series of paintings dubbed The Third Door.

In this exhibition of paintings produced between 2015 and 2016, the artist confronts his native England's "often difficult — and contentious history with witchcraft."

A catalog with contributions from Alfred Rosenbluth, Charlotte Rodgers and Steven Intermill will accompany the exhibition.

Born in the UK in 1931, Robinson began his professional career as a mathematician. Seeking a significant change of course in his life in his late thirties, he discovered the works of David Bomberg, Alberto Giacometti, and Paul Cezanne and was influenced by their attempts to create "a visually ordered perceptual space within their works.

A press release describes the exhibit as "kind of like Vincent Price's The Witchfinder General, except real life."