Canton Man Loses His Mind After His McDonald's Order Took 'Too Long': Video 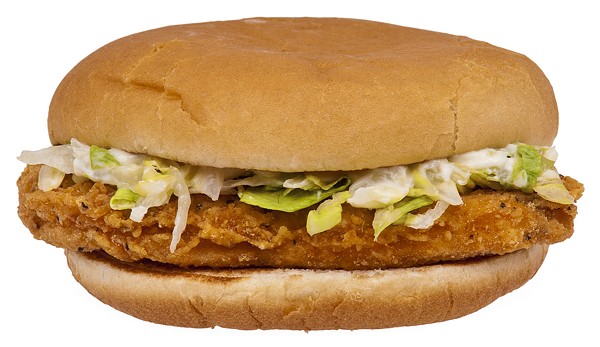 Wikipedia
A Summit County woman captured incredible video of a man creating a fairly dangerous situation after his chicken sandwich order was taking too long at an East Canton McDonald's. Watch the WEWS report below.

The guy began by throwing chairs through multiple windows at the McDonald's. He then leapt through the shattered glass and climbed atop a Stark County sheriff's deputy's cruiser. From there, believe it or not, the situation got crazier.

He boarded the top of a SUV, riding it almost surfboard-style as the driver tried to shake him off in the McDonald's parking lot and in the street.

As the Channel 5 reporter points out, police showed restraint throughout the ordeal. The man, whom the sheriff's office said has a history of mental health issues, was eventually arrested.

"I've never seen anything like that," said the woman who recorded the video.