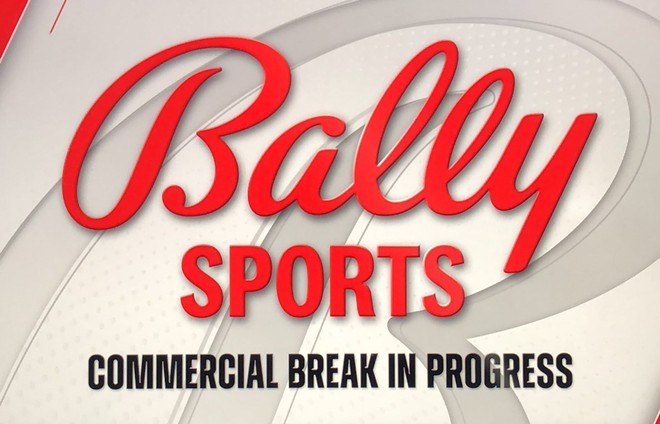 Some cable subscribers who earlier this year enjoyed watching the Cleveland Guardians (broadcast rights owned by Bally Sports Great Lakes) but who discovered last night that they don't live in the coverage zone for Bally Sports Ohio (which owns the broadcast rights to the Cleveland Cavs) lobbed complaints at Bally Sports Cleveland, which exists only as the name of social media accounts, while many of those who this year signed up to follow their favorite basketball team via the brand spanking new Bally Sports+ streaming app, which somehow costs $20 while not including access to Guardians games, suffered from issues with zip code verification, buffering, freezing, lag and audio delays as the Cavaliers lost the 2022-2023 season opener to the Toronto Raptors in a game seen without incident by approximately 13% of the viewing audience.

Welcome to another year of trying, in the most basic ways, to watch Cleveland basketball and being stymied at every step by Bally Sports, a company whose sole purpose is to deliver professionally produced coverage of those games.

Can we please bring back FoxSports Ohio? Asking for a Cavs fan….


He was far from alone, and the problems were many.

Replying to one viewer who pointed out the stream on the app was interrupted constantly by a black screen, Bally Sports Cleveland said, "That is strange and not universal. Trying (sic) exiting out of the stream and relaunching."

That is strange and not universal. Trying exiting out of the stream and relaunching.

By "strange and not universal," Bally Sports apparently meant "normal and happening to many viewers" based on the number of similar complaints.

Cool, but why does the broadcast keep going to a black screen so often? We need STO back. 🤦‍♂️


And a fun wrinkle for some folks who tried to sign up for Bally Sports+?

New @BallySportsCLE “+” won’t even let me pay for a subscription because it registered a different zip code than my billing zip code and there’s no way to change it. Glad they got this all figured out for the @cavs season!

What a joke @BallySportsCLE can't even sign up for bally sports + it will not let me change my zip code to my actual location.


For those who trudged through the technical and totally not universal difficulties, or managed by sheer luck to receive a decent if mediocre streaming experience on the app, there awaited more problems, chiefly that the app's broadcast ended before the game did, with the Cavs looking at a loss but still with enough time on the clock to pull out some sort of late-game miracle.

THE GAME IS NOT FUCKING OVER LET ME WATCH IT IN FULL SCREEN @BallySportsCLE @ballysportshelp pic.twitter.com/MZsuAzzmdd

Can you break down why watching the game on your app means you can't watch the last 16 seconds? I mean, it is only $20 a month but still

@BallySportsCLE app unwatchable at the most critical moment of the game

And all that's not to mention the recurring issues (lag, freezing) that beguiled Cavs fans all last season, some of whom offered helpful pointers for Bally Sports as the upstart tries to figure out this whole cable sports thing.

@BallySportsCLE Hi. Since this is apparently your first foray into sports broadcasting, here’s a friendly tip: The video feed is important to the overall viewer experience. #Cavs

Others got more quickly and directly to the point.


The Cavs next tip off Saturday night against the Chicago Bulls. Viewers are encouraged to begin starting and restarting their Bally Sports app by Friday afternoon if they hope to see the game.