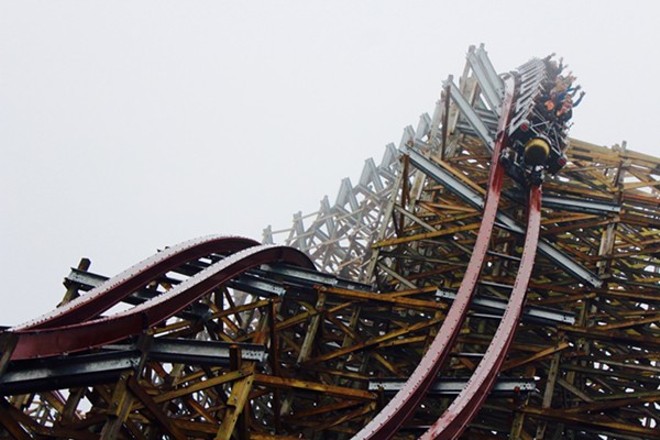 Photo by Zach Zelman
Following the collision and shut down of Cedar Point’s newest roller coaster during its first weekend, the park has announced that Steel Vengeance is not closing. Unfortunately, only one of the three of the possible trains is operational, as the park waits for “adjustments” from the manufacturer.

When the ride first opened Saturday, only two of the three trains were in operation — the third still needed work before it could hit the tracks. However, the two trains in operation faced an unlikely crisis when they collided in the ride’s station after one train failed to stop at the end of the ride. It seems there are two possibilities as to why the park has opted to run only one train.

The first possibility is that one of the trains took on damage during the incident that still needs to be addressed. However, this seems unlikely as the trains hit at a measly 5 mph. The more likely possibility, which is the more alarming one, is that the park fears another accident could occur if both trains are allowed to operate simultaneously. With only one train running, it does not matter if the brakes fail again, as the train will have no obstacle and can hit at any speed.

For the moment, Steel Vengeance, as both the newest and best ride at Cedar Point, will likely see extreme wait times. Park guests reported that the line was more than four and a half hours long before the incident occurred. The park has removed Fast Lane Plus from the ride and said that a boarding pass system may be utilized to combat wait times. Cedar Point has not announced when Steel Vengeance will be fully operational again.