"New and reimagined" Dragster experience in the offing. 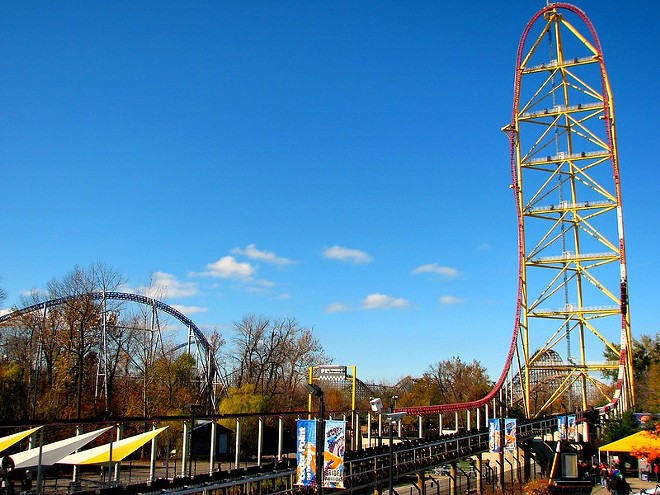 Cedar Point announced Tuesday that after 19 seasons and more than 18 million riders, the Top Thrill Dragster roller coaster would be retired. (At least in its current form.)

When it opened in 2003, Top Thrill Dragster was the tallest roller coaster in the world. And it immediately became the longest line at America's Roller Coast. Though it was soon surpassed in height by Kingda Ka at Six Flags Great Adventure in 2005, it's still number two in the world. Dragster and Kingda Ka are the only two coasters in the world to feature a 400+ foot drop.

Last summer, a Michigan woman sustained serious injuries after a metal bracket from the coaster struck her in the head while she was waiting in line.  Cedar Point was cleared of any legal wrongdoing in the incident, and it's not clear if the accident precipitated the coaster's "retirement."

Cedar Point claimed in a brief social media post that its team was working to create a "new and reimagined" ride experience, so the structure of the coaster may not be gone for good. (In 2014, the park announced that the former standup roller coaster "Mantis" would be retired and reimagined. It opened the following season on the same track as "Rougarou," a floorless coaster.)

More details will be on the way soon, the amusement park says.