Check Out This Driver Skillfully Going Backwards Down an Ohio Highway 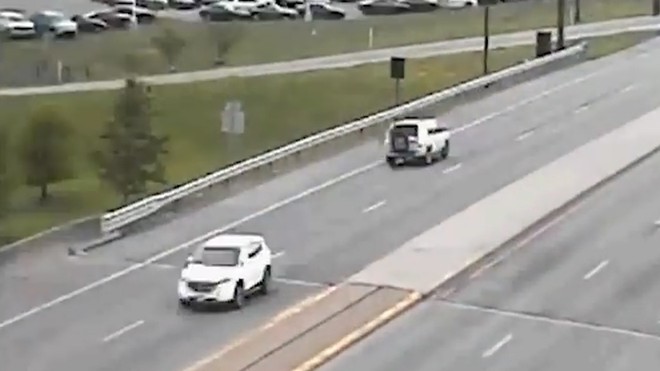 During morning rush hour traffic yesterday, ODOT traffic cameras captured a white SUV backing up off the highway on US Route 33 and onto a ramp toward Gender Road in Canal Winchester around 6:45 a.m.

The vehicle is then seen successfully maneuvering through at least two traffic lights as it makes its way into a shopping complex and stopping in a Kroger parking lot.

According to the ODOT Facebook page, it is suspected that the transmission went out in the driver's SUV and they probably felt they had no other choice but to drive in reverse.

However, ODOT says if this happens to you, do not drive backwards. Instead, pull over and call for help. Baby Driver imitations need not apply.

The driver managed to drive 1.2 miles in reverse in a trip lasting approximately four minutes. Luckily, no one was harmed during the incredible exhibition of driving prowess and the video is available for all of us to enjoy.