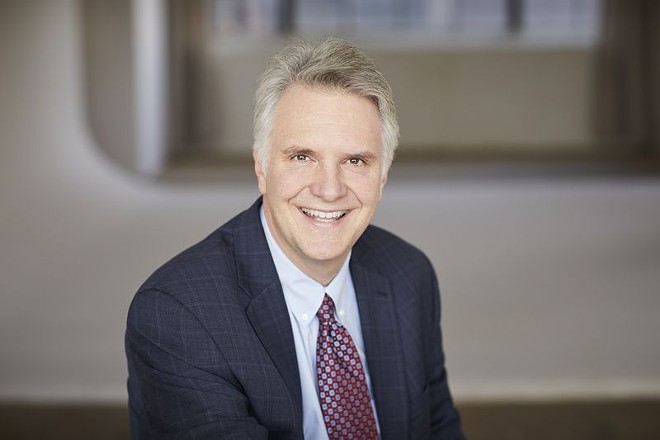 Democrat Chris Ronayne will be the next county executive after handily beating Republican Lee Weingart with early results showing a comfortable victory of more than 20 percentage points.

The former president of University Circle Inc. focused on the promise of collaboration to improve the health and economic realties of residents across the region in his campaign, which also included a litany of proposals for the creation of new departments that would address immigration, mobility, housing and other issues.

In response to ongoing crises, Ronayne came out in favor of finding some repurpose for the Global Center for Health Innovation, in support of bonuses and other incentives to improve staffing at the beleaguered Department of Children and Family Services, and against the idea of building a new $1-billion jail on a toxic site far removed from downtown.

Weingart campaigned on a promise to revitalize Cleveland's urban core and lead with a smaller government. He also sought to cast Ronayne as a political insider intent on expanding government to hire his friends and cronies, a  man who couldn't count on either the votes or endorsements of the University Circle area in which he worked for 16 years.

Hammering on headlines from Ronayne's era at the CDC — significant racial disparities in tickets issued and stops made by UCI police, for example — Weingart argued there were good reasons why those who should know Ronayne best weren't supporting him.

But institutional support for Ronayne across the region, and his popularity in the suburbs, remained strong, as evidenced by the endorsements of a wide swath of 30 Cuyahoga County mayors.

Weingart, meanwhile, mustered few endorsements, one being the nod of former Cleveland city councilman Basheer Jones, who was most recently in the news for being the subject of FBI subpoenas.

"Thank you Cuyahoga County! I am truly humbled by your support and confidence in my vision for a New Cuyahoga," Ronayne tweeted after his Tuesday-night watch party at Masthead Brewing Co. "This is our chance build a better future for all of our residents. I’m ready to get to work."

Ronayne will succeed Armond Budish, whose two terms in office could not have been more disastrous or tumultuous, littered as they were with various scandals too numerous to recite here.