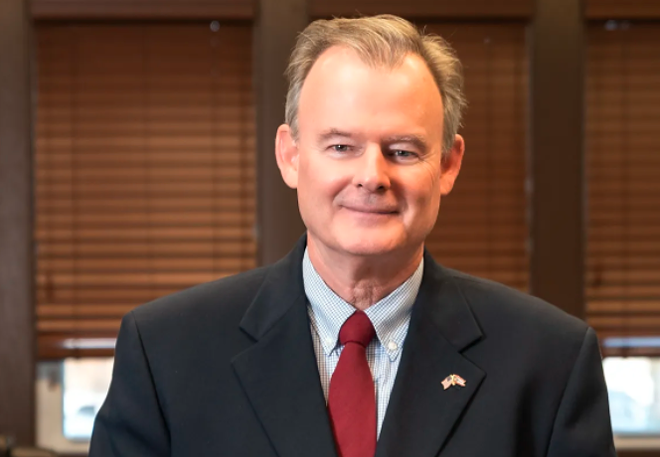 Courtesy Chuck Walder
Bryan Cranston has not yet declared his intent to portray Walder, but residents are clamoring for it.

Though the final days of the campaign in semi-exurban, semi-rural Geauga County were tense, featuring full-page attack ads in the local newspapers and allegations of yard sign shenanigans, Walder's victory Tuesday was decisive, (in fact far more decisive than many observers might have imagined).

With all 78 precincts reporting, Walder secured almost exactly double Grendell's vote total, (10,805 to 5,439). Walder began with a commanding lead when absentee ballots were tabulated, and his margin grew through the evening as precinct data trickled in to the Geauga County Board of Elections. According to the unofficial results, Walder appears to have been victorious in every single precinct.

Walder's victory may be interpreted as both a recognition by voters of his efforts to reform the auditor's office after years of disarray and an embezzlement scandal in 2017. But it also likely signals that voters have indeed grown weary of Judge Grendell's influence and magnetism for controversy in recent years.

A dispute between Judge Grendell and Walder over court reimbursements formed the backdrop of the race, which Scene covered in depth last month. When the Ohio Supreme Court sided with Judge Grendell in the matter in February, ruling that Walder would have to reimburse the Judge for a series of contested expenditures, and that the Judge would no longer have to provide evidentiary material when seeking reimbursements, Diane Grendell threw her hat in the ring, a move interpreted by Walder as retaliation from the Judge himself.

The Geauga County GOP largely backed Walder in the race. Its leadership told Scene that many voters in Geauga County were concerned about a potential conflict of interest, with Diane Grendell in an elected role that oversaw the expenditures of her husband.  Grendell served for many years as a judge in Ohio's appellate court system but has no background in finance or IT. Beyond the potential conflicts, some voters expressed concern about Diane Grendell's lack of relevant experience.

Walder is a former businessman who divested from his software company in 2005. He served as the fiscal officer of Russell Township before his appointment as Geauga County auditor in 2018.

Walder provided a brief statement to Scene after his victory.

"I am incredibly humbled and overwhelmed with this evening's primary results," he wrote. "My sincere 'Thank you' to everyone who helped my campaign in so many ways, and to the voters of this great county."