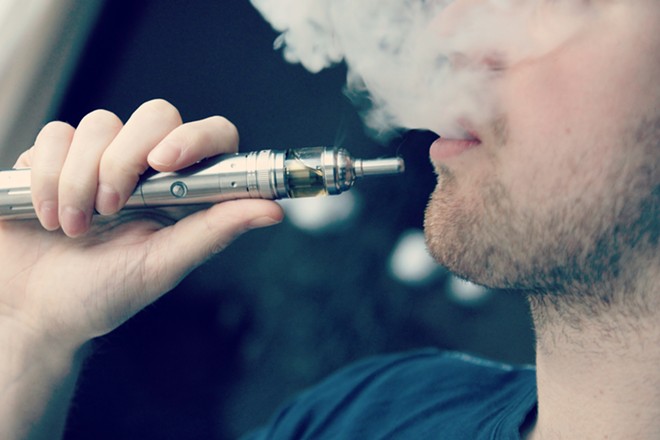 Photo via Wikimedia Commons
After six reported deaths in the U.S. and at least 13 hospitalizations in the state of Ohio all associated with vaping products, the Cleveland Department of Public Health (CDPH) has issued an advisory against the use of e-cigarettes.

Citing the Centers for Disease Control and Prevention (CDC), the CDPH said that vaping exposes users to "substances for which there is little information about related harms."

"CDPH advises anyone experiencing cough, shortness of breath, or fatigue following use of an e-cigarette or other vaping devices to seek medical treatment and to inform their healthcare provider that they have recently been using those products," the advisory read.

The city's warning comes less than a week after the Trump administration announced that it planned to ban most flavored e-cigarettes.

“We can’t allow people to get sick," President Trump said. "And we can’t have our kids be so affected.”

Mayor Frank Jackson, who's been sounding like Trump lately himself, and City Council's Health and Human Services Chair Blaine Griffin signed onto the advisory.

The Ohio Department of Health has confirmed that 13 Ohio cases of lung illness were associated with vaping products. As many as 14 additional cases are currently under investigation.