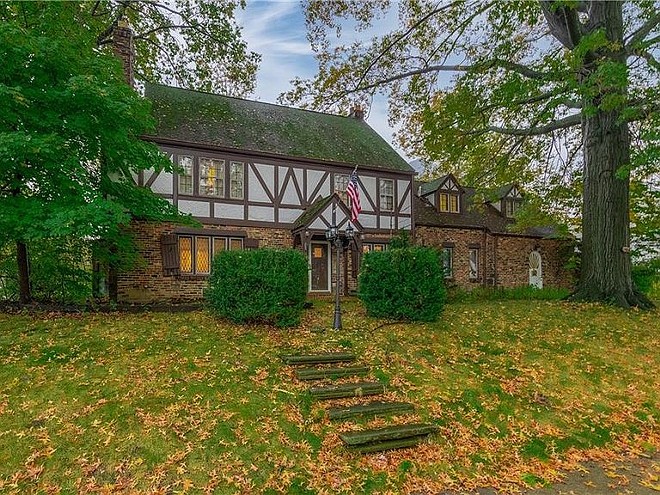 Zillow
Cleveland City Councilman Ken Johnson has put his home in Buckeye Shaker up for sale. The 3,400-square-foot Tudor, which is listed for $280,000, is currently the most expensive single-family property on the market in Ward 4.

Johnson, who was embroiled in scandal for much of 2018 for his use of discretionary council funds, is reportedly downsizing. A council spokeswoman told Scene that Johnson intends to purchase a condo in his ward.

Johnson has not yet responded to voicemails and an email from Scene seeking comment, but the listing has fueled speculation from some in Buckeye Shaker that the elected career of Cleveland's long-tenured east side representative might be drawing to a close. Johnson was first elected in 1980 and, like the rest of his colleagues, is up for re-election in 2021. He is the chair of council's municipal services committee.

After sustained reporting on Johnson and the Buckeye Shaker Square Development Corporation in 2018 from reporter Mark Naymik, who was then a columnist for cleveland.com, city council hired an outside consultant to audit the body's discretionary spending. It found that 11 of council's 17 members, including both Johnson and Council President Kevin Kelley, were routinely failing to document expenses for which they were reimbursed. Kelley vowed then to "tighten" council rules on these ward funds.

In any case, Johnson's four-bedroom, three-bath home on Hampton Road is just a short walk from Shaker Square. Among other amenities, it includes an indoor jacuzzi, a rec room, a sunroom, a patio and a multi-vehicle garage.

Cleveland's housing market is famously affordable — Johnson purchased the corner property in 1985 for only $62,000, county records show — but the lavish upgrades, visible in the listing's pictures, were interpreted by many residents fed up with Ken Johnson in 2018 as evidence that he had been improperly spending public dollars.