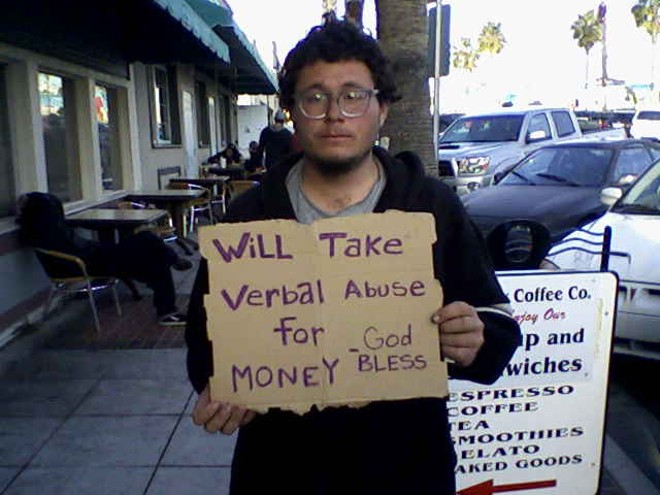 Wikimedia Commons
On Monday May 21, Cleveland's Ward 3 Councilman Kerry McCormack proposed an ordinance that would make approaching someone in an aggressive or intimidating way on a sidewalk, in a park or at an outdoor ATM a misdemeanor.

McCormack is claiming the ordinance is in response to complaints from visitors downtown regarding verbal abuse and being followed. McCormack's Ward includes Progressive Field, The Q, East 4th Street and the Jack Casino, areas that are frequented by panhandlers in addition to downtown patrons.

While Ordinance 758-18 does not explicitly mention panhandlers, solicitation or homeless individuals, it also does not clearly identify what constitutes 'aggressive behavior.' The ordinance includes the following:

-Approach, seek, or follow a person if that conduct is intended, or likely to cause, a reasonable person to (i) fear bodily harm to oneself or another, (ii) fear damage to or loss of property, or (iii) be intimidated;

-Intentionally or recklessly touch or cause physical contact with another person without that person’s consent if the touching or physical conduct is likely to cause a reasonable person to feel restrained or intimidated;

-Intentionally or recklessly block the safe or free passage of a person or vehicle by any means, including unreasonably causing a pedestrian or vehicle operator to take evasive action to avoid physical contact. Acts authorized by a lawfully issued permit shall not constitute obstruction of pedestrian traffic for purposes of this section; or

-Intentionally or recklessly use obscene, abusive, or threatening language, or gestures, toward a person.
Many of these specifications are completely subjective, and having such an open-ended ordinance would allow Clevelanders to call the cops on any behavior that makes them afraid, even if the fearful person is absolutely in the wrong.


Touching without consent is a clear violation of boundaries, but by these descriptions, we'd all be able to call the cops on a Celtics fan screaming "Fuck Cavs fans" at a bar and charge them with a misdemeanor.

The language used in this ordinance is so broad, that simply asking someone for directions while they pump gas could be cause for a police investigation. Given the likelihood that police wouldn't be able to respond to most complaints, there's cause for concern that uneven enforcement of the ordinance would occur.

If the West Park neighborhood crime watch Facebook group is any indicator, there would be a whole lot of calls from people concerned that black people, just simply existing, is a direct threat to someone's safety.

Back in 2017, Cleveland reached a settlement with the Ohio American Civil Liberties Union (ACLU) regarding an ordinance criminalizing panhandling that was found to infringe on the first amendment rights of panhandlers and homeless people looking for assistance.

In the press release regarding the settlement, ACLU Ohio staff attorney Elizabeth Bonham said, “The First Amendment does not allow the state to choose who may speak in a public space – and that includes folks who are asking for help.”

The ordinance was overturned and it's difficult not to perceive that McCormack's new proposal is attempting to loophole around the previously removed ordinance.

Individuals have a right to feel safe and should not have to live in fear regarding the aggressive harassment that does and can occur on public streets, but until the wording on McCormack's proposal has a more precise definition of "harassment," this ordinance is a giant can of worms ready to explode.