Cleveland Has 11th-Highest Levels of Light Pollution in the U.S., According to Study 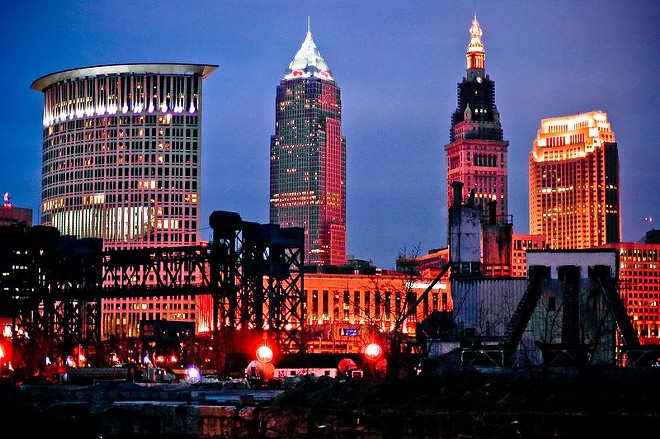 Joshua Rothhaas/FlickrCC
Could Cleveland’s light pollution be keeping the city's residents up at night?

That's what the authors of a new study by Sleep Junkie and Savvy Sleeper believe could be happening. Analyzing the top-100 most populous cities in the U.S., the researchers found that Cleveland has the dubious distinction of ranking No. 11 among the nation's cities with the highest levels of light pollution, and No. 9 in cities where people reported getting less than seven hours of sleep each night.

The researchers used a combination of data from lightpollutionmap.info, the CDC’s 500 Cities Project, and a survey of nearly 1,000 people.

Aside from washing out the sight of the Milky Way from the night sky, light pollution, like regular pollution, can have a negative effect on people's health, because of the way it can disrupt people's biological clocks.

"There's a huge amount of evidence that lack of sleep contributes to lower cognitive ability during waking hours, and that productivity, mental health, and social life are dramatically affected when people are sleep deprived," Sleep Junkie's Editor-in-Chief Meg Riley says.

In the meantime, the study's authors advise not looking at your phone, computer or TV just before going to bed.