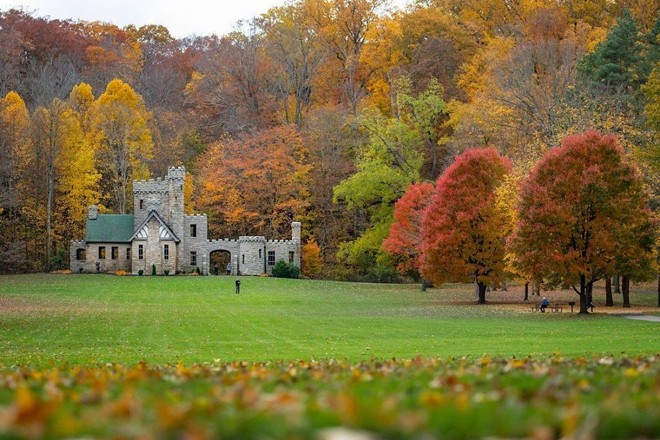 Cuyahoga County voters roundly supported Issue 5 on Tuesday, electing by a wide margin to pass the renewal of the Cleveland Metroparks' 10-year levy.

Funds from the levy make up 60% of the park system's annual operating budget.

“Cleveland Metroparks continues to rely on strong community support, as it has for the last 105 years,” Brian Zimmerman, the Metroparks CEO, said in an earlier statement. “... We continue to be mindful of the challenging economic climate. However, approval of Cleveland Metroparks has consistently been at high levels and has resulted in record-breaking park usage the last two years, particularly during the pandemic when the community needed us most.”

The award-winning and ever-expanding park system warned that severe cutbacks would be in store if the levy failed, with not only current maintenance and offerings on the chopping block but also future projects.

“There would certainly be reductions across the board,” a Metroparks spokesperson told Cleveland.com last month. ”It would be devastating.”

Those dire outcomes have been averted.

The Metroparks, which has never seen a levy fail at the ballot box, now claims around 25,000 acres across Northeast Ohio. It has in recent years taken over operation, ownership and/or management of various properties including Wendy Park, Edgewater, the Acacia reservation, and the old U.S. Coast Guard station.

New trails and connectors have recently either been debuted or announced, and the Metroparks will soon close on the purchase of the former Hawthorne Valley golf course in Solon, whose 150 acres will be turned into a protected and public green space.