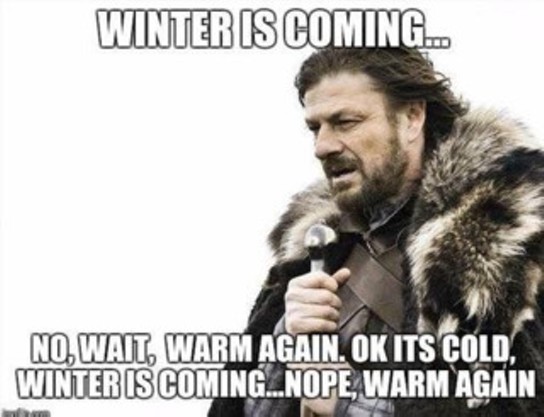 Courtesy Cincinnati City Beat
Clevelanders are more than used to the berserk weather patterns in this city, often felt in just a single week. But this Saturday, the projected temperatures are on pace to potentially break records.

The National Weather Service Cleveland reports that come Jan. 11, temperatures could be as high as 66 degrees with a low of 41 degrees that evening. The only time the thermometer went higher was in 1890, when the temperature was 67 degrees.

Since 1851, when Clevelanders began recording weather, Jan. 11 has only reached 60-degree temperatures three times, including last year, when the day was 62 degrees warm.

While the weekend is set to be toasty, don't get out your shorts just yet, as rain and wind are predicted to come for us all. (Some research suggests that lake effect rain, rather than snow, could be in our future.)


Sunday's daytime temperatures should be about 20 degrees cooler.