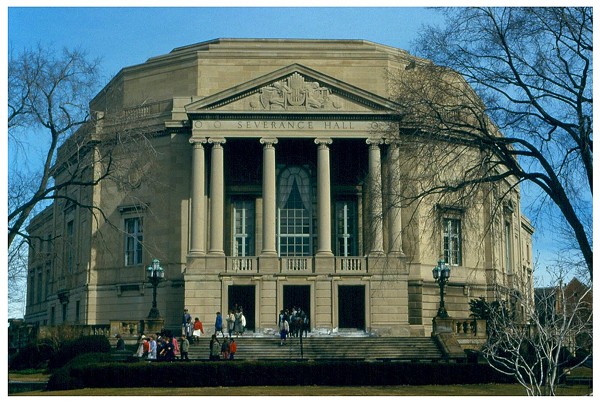 In what union janitors hope may be a watershed moment for area low-wage earners, facilities workers with Service Employees International Union (SEIU) Local 1 have voted to ratify a new contract with the Musical Arts Association, the non-profit umbrella organization that operates the Cleveland Orchestra and Severance Hall. The three-year contract guarantees pay increases and paves the way for a minimum $15/hour wage for all workers by 2021.

Twenty workers voted in support of the contract, retroactive to January 1, by an overwhelming margin Tuesday afternoon. Per the new agreement, the lowest wage-earners, who now make less than $14 per hour, will make $15.10 by January, 2021.

"This contract is a victory for the people of the City of Cleveland,” said Pete Wieneke, Local 1 Lead Building Engineer at Severance Hall, in a prepared statement. “It's proof that when working people across economic and racial backgrounds come together in solidarity, we can build the relationships that create shared prosperity. We hope other employers and business leaders in the area will follow the example set by The Cleveland Orchestra.”

They may have an opportunity sooner rather than later. The new negotiated contract arrives shortly before major local janitorial contracts are scheduled to expire. SEIU Local 1 is hoping the successful negotiations with the Orchestra will "set a tone" for other negotiations across the city this Spring.

Later this week, janitors plan to launch a publicity campaign to continue their fight for $15 wages and improved working standards. Members of Local 1, a plurality of whom are African-American women, want all Clevelanders to be able to share in the city's prosperity, especially when so much of the recent economic development success downtown is attributable to generous taxpayer subsidy.

There are 1,650 SEIU Local 1 janitors in Northeast Ohio. Statewide, more than 2,200 members in Akron, Columbus, and Cincinnati will negotiate new contracts in 2019.