Beyond renovations, the group will aim to protect the legacy of a course that has long served Black golfers 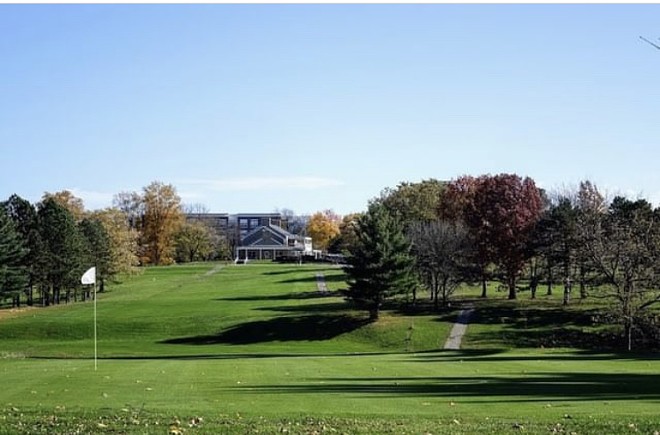 It was nearly halfway through a round of 18 holes when Zachary Lucas, 33, felt him and his foursome was being followed.

As founder and captain of the Black Elite Golfers, an athletic club formed in 2020 to rally together Lucas' friends, the trailing wasn't out of the norm. Since he started playing the sport as a 21-year-old accountant at NASA, Lucas had grown aware of the sport's often under-publicized reality: Black golfers attracting a little more negative attention than fellow white counterparts.

"We were literally watched the entire time," Lucas said about a particular encounter on a west side course.

Black Elite was playing a scramble match, a mode of golf meant to speed up play, so Lucas was confused why a starter was waving them down. Only when the starter accused the group of bringing alcohol onto the course did Lucas question the man's integrity.

"We didn't have any," Lucas said. He showed the starter a group on the adjacent hole,
click to enlarge 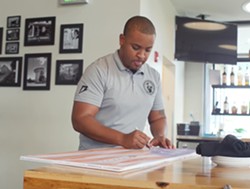 Zachary Lucas
Zachary Lewis, 33, founded Black Elite Golfers in 2020 as a way to band together his friends for group outings. It became a 501c3 nonprofit in 2022, with the mission of supporting the next generation of Black golfers.
drinking out of two flasks. "I literally asked the guy, 'Do you not see what they're doing? Why are we being asked?"

What Lucas describes as regular discomfort for Black golfers does not exist on the Highland Golf Course, a 36-hole historic course in Highland Hills, a city itself that's roughly 86 percent Black.

Last Thursday, four months after its September request for proposal, Cleveland City Hall released plans award control of the course to Highland Golf Park Foundation, a nonprofit set to head five years of course and clubhouse improvements, from a refurbished driving range to an enhanced chipping and putting center. Troon, a luxury golf management company based in Scottdale, Ariz., will take over as manager.

Legislation will be introduced to formalize the process at city council's meeting this evening. If passed, the new non-profit would begin work this spring.

Bibb noted, in last week's announcement, that the group's bid was chosen over six others for a variety of reasons, including the fact that many of them have played at and loved Highland.

The goal, according to the release from City Hall, is improve the conditions at the course and prop it up as a gem of city history. After all, Highland drew a slew of Black celebrity golfers—like Lee Elder and Jim Thorpe—to its annual Holiday Open in the 1960s. (Along with Jack Nicklaus and Tony Lema.)

It was also most famous as the home course of Charlie Sifford, the so-called "Jackie Robinson of golf" and first Black winner of the PGA, whose signal for future golfers, the city said, will be celebrated after renovations are complete.

The proposal "reflects the commitment to celebrating the course's rich history as a minority golf course," Mayor Bibb said in a statement. "We are thrilled with the team that has come to together in the interest of preserving and elevating this legacy asset."

Preservation, it seems, that is heavily needed.

It's undeniable that Highland, which reported a 2021 operating income loss of $660,000 (minus city "transfers in"), according to financial documents, will continue to rely on city support during the half decade of tailored improvements. It follows a $144,930 clubhouse roof replacement in 2013, along with a five-year, $300,000 irrigation system update in 2015.

The non-profit management will allow the course to apply for outside funds, which should help it become financially self-sustaining.

But the overall goal, it seems, is not to just provide greener greens or more playable fairways—along with, as Lucas said, a more inclusive zone for Black players.

The group looks to do something here similar to the National Links Trust, which renovated a trio of courses in Washington, D.C. and which is "dedicated toprotecting and promoting accessible, affordable and engaging municipal golf courses to positively impact local communities across the United States of America."

Protecting access to affordable golf or Cleveland residents would be the mission here.

It's welcome news to Zachary Lucas of Black Elite.

Banding together 20 guys to chip in pars and birdies is fun, Lucas said, but secondary to Lucas' goal of raising the next generation on the game. Since becoming a nonprofit in 2022, the organization has given two $1,000 scholarships for minority teenagers piqued by the fairways.

As for earning the title of Black Elite's official home course?