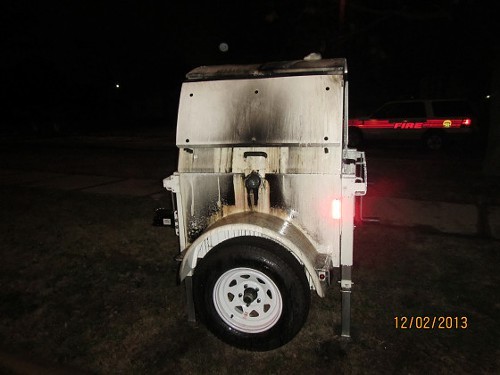 In a move that's in no way condoned, a portable Cleveland traffic camera was recently set on fire and is currently undergoing restoration.

City police said some kind of starter fuel was used to ignite a fire at the unit's base, causing cosmetic damage to the exterior and to the antenna. The camera itself was unharmed.

The unit was located in the 8500 block of Hough Avenue when it was targeted about two weeks ago.

Anyone who has ever considered taking such extreme measures after seeing that annoying flash go off in your rear view mirror may be a suspect.