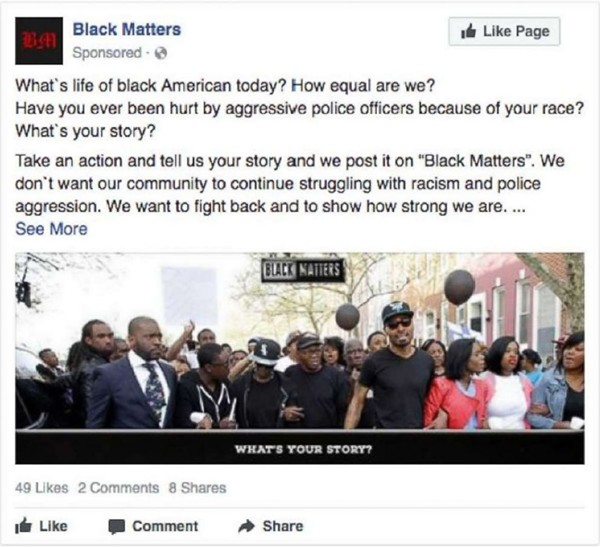 After much discussion regarding the advertisements on Facebook and Instagram created by 'The Internet Research Agency,' a Russian company with ties to the Kremlin, House Democrats yesterday released copies of more than 3,500 ads used to influence the perspective of American voters.

“There’s no question that Russia sought to weaponize social media platforms to drive a wedge between Americans, and in an attempt to sway the 2016 election,” Rep. Adam Schiff, D-Calif., the top Democrat on the House Intelligence Committee, said in a statement.

According to the House Intelligent Committee, content from the Internet Research Agency - including 80,000 pieces of content from 470 Facebook pages and advertisements - reached more than 126 million Americans.

These Russian ads weren't inherently "pro-Trump," as many would believe. Rather than continually push one issue, they tried to play the extremes on both ends of the spectrum in an attempt to drive a larger divide between Americans. Ads were targeted to people with far-right likes on Facebook including "Bill O'Reilly," "Jesus" and "Sean Hannity," and ones that leaned left and shown to like pages associated with social justice advocacy groups.

Frequently featuring text in broken English, the ads also focused on social issues including the debate over the Confederate flag and Confederate monuments, transgender rights and Caitlyn Jenner, and the presidential election featuring Donald Trump and Bernie Sanders.

Some of the locally targeted advertisements were shown to focus on hot-button issues like immigration, police brutality, the Black Lives Matter movement and slavery. Specifically, these types of ads were only shown in communities that endured highly publicized shootings of black men, including Ferguson and Cleveland. Meaning, the Russians took our anger and heartbreak over the killing of Tamir Rice and used it against us.

Facebook CEO Mark Zuckerberg was recently forced to testify in front of Congress for Facebook's participation in this spreading of "fake news." The company has recently undergone a complete publicity overhaul promising this sort of situation will never happen again.

Copies of all 3,519 advertisements are available by clicking here.