Cleveland Will Begin Tearing Down Gazebo Where Tamir Rice Was Shot

Sam Allard / Scene
As early as next week, the city of Cleveland will start disassembling the Gazebo where Tamir Rice was shot in November 2014.

A press release Friday morning said that the city had considered tearing down the gazebo for some time, but that due to criminal and administrative proceedings, the site was still required for "evidential purposes."

A city spokesperson told Scene Friday morning that though no specific plans were in the works for the area, it would probably revert to grass, expanding the green space at the Cudell Recreation Center.

Since Tamir's death, the gazebo has also served as a meeting spot for demonstrations and as a physical memorial to the 12-year-old who lost his life.

The announcement comes just a few days after the city settled with the family of Tamir Rice in a wrongful death lawsuit. Cleveland will pay $6 million over the course of 2016 and 2017. 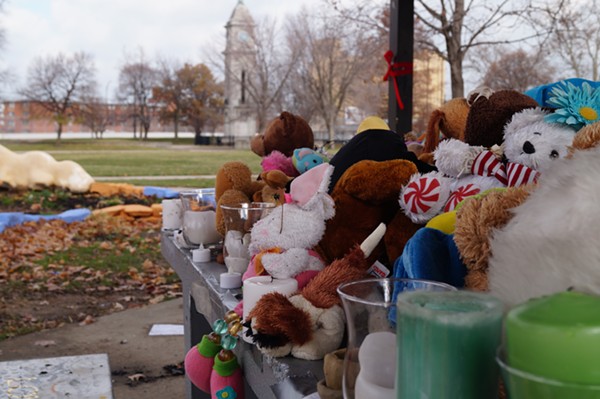