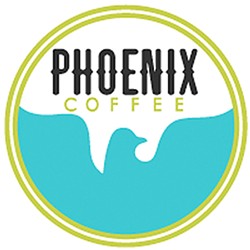 Local company Phoenix Coffee will participate in a fundraiser for the American Civil Liberties Union (ACLU) this weekend, donating a portion of its proceeds toward a nationwide campaign to raise $100,000.

"We are collecting donations from individuals," Feran wrote in an email. "Basically just a second tip jar. In addition, staff and baristas are throwing in."

Feran said that the company would contribute a percentage of the weekend earnings, but the exact amount is yet to be determined. The last time Phoenix did something like this, he said, the company gave 10 percent of its proceeds to Planned Parenthood.

Sprudge, the online destination for coffee culture and news, has pledged to match the first $500 raised by each of 26 partner coffee brands across the country. Phoenix Coffee was not part of the original batch, but has joined a growing chorus of independent companies that wanted to be part of the campaign. After Sprudge's latest update, 278 brands had signed on to the campaign. Feran said Sprudge is looking for corporate sponsors to match additional funds. The total goal is $100,000.

The fundraising campaign is in direct response to President Trump's executive order temporarily halting the refugee program and banning immigrants from seven Muslim-majority countries. The world's largest coffee company, Starbucks, announced that it would hire 10,000 refugees over the next five years in response. Phoenix joins a vast number of individual donors who have flooded the ACLU with donations since last weekend.

"Like a hot mug of drip coffee spilled on a crisp white apron," wrote Sprudge in their post about the fundraiser, "these actions [by President Trump] are a dark stain on our national conscience, and as Americans, we feel compelled to stand up against them."

If you're not a coffee drinker, but still want to donate to the ACLU, you can always buy a raffle ticket to win this incredible portrait of George W. Bush.