Cleveland's Star 102.1 Dropped 'Baby It's Cold Outside,' Garnering National Attention, But is it Really So Bad? 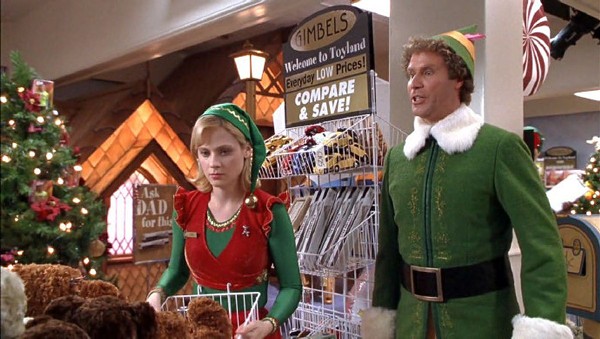 'Elf' Film Screenshot
It's clear how the Christmas classic "Baby It's Cold Outside," re-energized for a new generation thanks to 2003's Elf, could come off as creepy to some. At one point in the wintery tune, the traditional female role sings to her male companion: "Say, what's in this drink? / I wish I knew how / To break this spell."

As Star 102.1 DJ Glenn Anderson explained in a heartfelt post on the Cleveland station's site, it wasn't until he read the lyrics that he began to understand how someone could take offense.

“Now, I do realize that when the song was written in 1944, it was a different time, but now while reading it, it seems very manipulative and wrong," Anderson wrote. "The world we live in is extra sensitive now, and people get easily offended, but in a world where #MeToo has finally given women the voice they deserve, the song has no place.”

Along with the post last month, Star 102.1, one of the local radio stations playing Christmas music on constant rotation during the holidays, ceased playing the song entirely. And much has been made of the decision nationwide, with stories appearing on CNN.com, USA Today and even some international outlets.

Despite so much attention, the radio station is staying mostly mum on its decision. In an email to Scene, station program director Dave Popovich provided the link to Anderson's post (above), writing, "Star 102 is declining to comment beyond that."

While the song continues to be played on heavy rotation on Christmas stations across the country, some are taking Cleveland's lead, including San Francisco's 96.5 KOIT. A station in Denver tried to pull the song, too, but after being met with intense listener feedback, "Baby" was reinstated on its playlists.

And there are plenty of folks (including many commenters on the 102.1 radio station's Facebook page) who argue the song is supposed to be lighthearted.

As writer Lizzy Acker wrote in an essay for Mic titled, "Baby It's Cold Outside isn't rapey, it's practically Shakespeare," the song is all about intention. Acker points to Ella Fitzgerald's version as the standard to which all others should be held.

"This is how it should be," Acker writes. "Flirting between two consenting adults, neither of whom want to do anything but cuddle. You know why? Because it's cold outside!"

Of course, you as human adult in America can choose to listen to the song, or not. Like any favorite Christmas song, there are plenty of bad versions out there, but creative ones as well. Either way you should read the full lyrics right here before making up your mind:

My mother will start to worry - Beautiful, what's your hurry?
Father will be pacing the floor - Listen to the fireplace roar
So really I'd better scurry - Beautiful, please don't hurry
Maybe just a half a drink more - Put some records on while I pour

The neighbors might think - Baby, it's bad out there
Say, what's in this drink? - No cabs to be had out there
I wish I knew how - Your eyes are like starlight now
To break this spell - I'll take your hat, your hair looks swell

I ought to say no, no, no - Mind if I move in closer?
At least I'm gonna say that I tried - What's the sense in hurting my pride?
I really can't stay - Baby don't hold out
Ah, but it's cold outside

I've got to get home - Oh, baby, you'll freeze out there
Say, lend me your coat - It's up to your knees out there
You've really been grand - Thrill when you touch my hand
Why don't you see - How can you do this thing to me?

There's bound to be talk tomorrow - Think of my life long sorrow
At least there will be plenty implied - If you caught pneumonia and died
I really can't stay - Get over that hold out
Ah, but it's cold outside