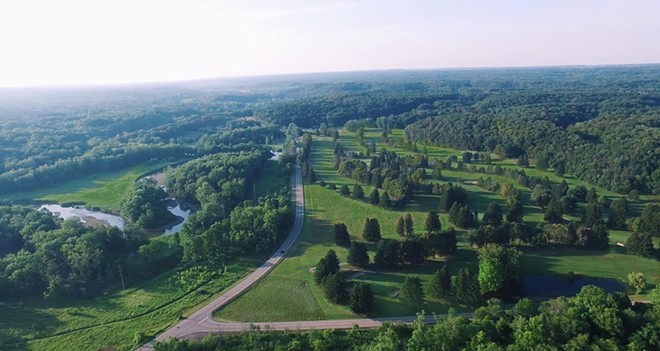 Two-hundred and fifteen acres of prime land will officially be added to the Cuyahoga Valley National Park, the Department of the Interior announced recently, putting to rest any speculation that the land from the closed Brandywine Country Club could become the site of development.

Brandywine had been closed after its owner died in 2018. Since then, there was not only immediate interest from those who believed the golf course, which sits near the Virginia Kendall area of the park, should be part of the CVNP but by developers.

Initial efforts by The Trust for Public Land to acquire the property were underway, reports the Akron Beacon Journal, but weren't progressing quick enough to ensure a developer didn't scoop up the land first. So the Conservancy for Cuyahoga Valley National Park stepped in last year to purchase the property for an undisclosed sum.

The Department of the Interior will use $3.8 million from the recently signed Great American Outdoors Act to acquire the property from the conservancy.

"Because of its size and location, protection of this property is a critical concern for the park and an important connection with other parklands, recreational opportunities and resources," the Department of the Interior said in a release. "Loss of this property to development would greatly diminish the open space character. The threat to natural resources includes the loss of approximately 80 acres of forested hills and riparian areas, along with the potential for degraded downstream water resources."