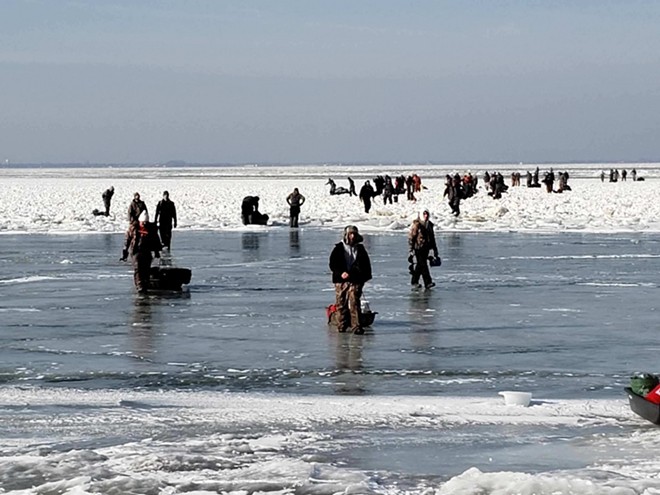 Roughly 100 others had managed to get to safety on their own, "either by swimming or walking on ice-bridges," the Coast Guard reported.

Just after 8 a.m. Saturday, the Coast Guard's station at Marblehead got word from an ODNR representative that an ice floe had broken off and that as many as 40 people were in the frigid waters of Lake Erie.

A couple of boats and helicopters from Detroit were quickly dispatched. The fire departments from Put-in-Bay and Catawba Island mobilized quickly as well. By the time the Coast Guard rescue vessels arrived, there was no one still in the water.

By approximately 11:15 a.m., the Coast Guard said, everyone who had been stranded on the ice had been rescued.

"It happened really fast," said Tony Adkins, 42, in an interview with the Toledo Blade. "We didn’t know there was open water beyond us. Thank God the Coast Guard was here for us. You live and you learn, I guess."