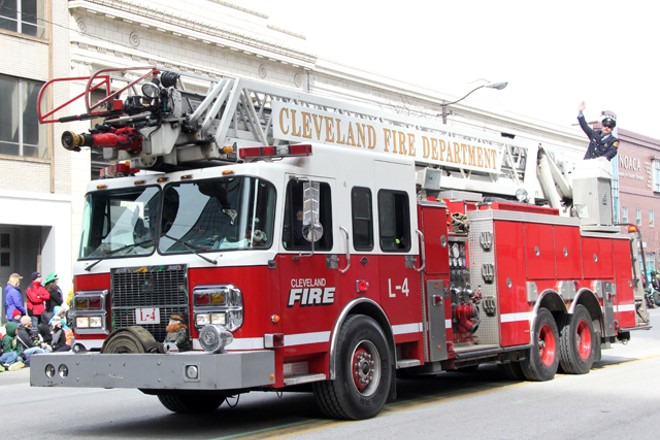 Lathan's wife, Gianna, managed to leap through a second-story window during the fire and remains hospitalized.

The home was on Collinwood's Hillview Ave., north of Euclid. The blaze began about 1 a.m. Tuesday morning. It took 38 firefighters 90 minutes to control the blaze, said a spokesman, in part because the cold wind fueled the flames. The damage was so pervasive that a cause has not yet been identified, but officials are investigating.

Ward 10 Councilman Anthony Hairston expressed condolences in a statement provided by the city.

"I am deeply saddened by the tragedy ... and I share in the sorrow many are feeling," he said. "Thoughts and prayers are not nearly enough for the family members that perished in the fire this morning on Hillview Ave., nor will they heal the injuries of the mother who jumped from the burning house and is hospitalized.

"Still, I ask my Ward 10 residents to keep the victims and their family in your prayers. And please reach out to the next door neighbor, whose house was badly damaged, but who, thankfully, made it out safely, after fierce winds drove flames onto his house. The Ohio Fire Marshall and Cleveland fire officials are investigating the fatal blaze."

Per Cleveland.com, the fire is Cleveland's deadliest since a 2009 conflagration on Clark Avenue. That fire also killed four, including two young children and an infant.