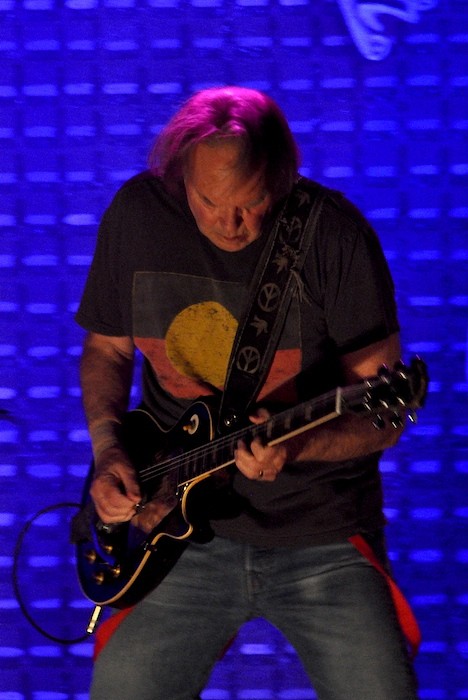 It was appropriate that the roadies who set up the stage last night for the Neil Young and Crazy Horse concert at the Wolstein Center wore white trench coats that made them look like lab technicians. After all, the guys were assisting in the experiment that is Neil Young and Crazy Horse, a wildly unpredictable garage rock pairing with over 40 years of history. Sometimes painfully simplistic in its approach, the pairing hasn’t always reaped dividends, but last night’s two-hour show yielded positive results as Young and band effectively conjured up the rock ’n’ roll magic for which they are known.