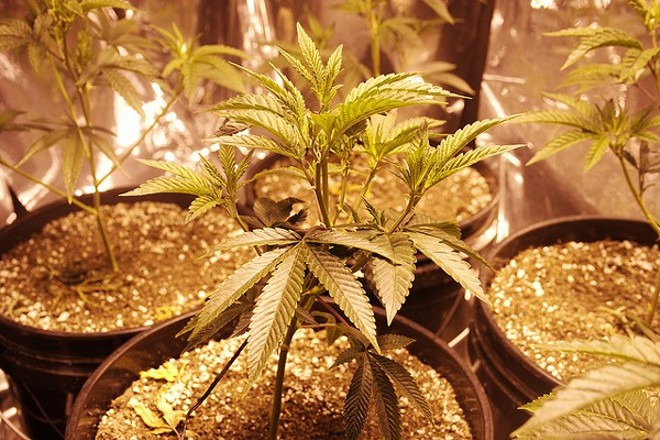 According to the Cleveland.com, the average cost of an ounce of legal marijuana on the first day of sale in Ohio was $539. Their research from crowd-sourced website priceofweed.com found that street estimates were $331 per ounce for high quality and $169 per ounce for low quality.

There are now 13 dispensaries, of the approved 56, now open across the state. Dropping the average cost to "only" $472 per ounce, still handily out-pricing legal weed in bordering states Pennsylvania and Michigan, and illegal weed wherever such a thing is sold.

It's not uncommon for marijuana costs to start out high when a state rolls out a new program, and prices are thankfully projected to drop as more dispensaries open, more crop is harvested and diverse products (like oils and edibles) hit the Ohio market.

Plus, the Ohio Medical Marijuana Control Program reports that less than 30 percent of patients with prescriptions have actually purchased medical marijuana as of early March. Previously, only raw flowers were sold, but as of Wednesday, tinctures (oral doses) are being sold at several dispensaries.

As of last Sunday, 382 pounds of marijuana have been sold in Ohio this year, with sales totaling near $2.9 million. Patient purchases averaged six-tenths of an ounce (with the amount of active ingredients in the product varying by dispensary). The Ohio pharmacy board has designated a tenth as a daily dosage.