COVID-19 Infections Can Rebound for Some People. It’s Unclear Why 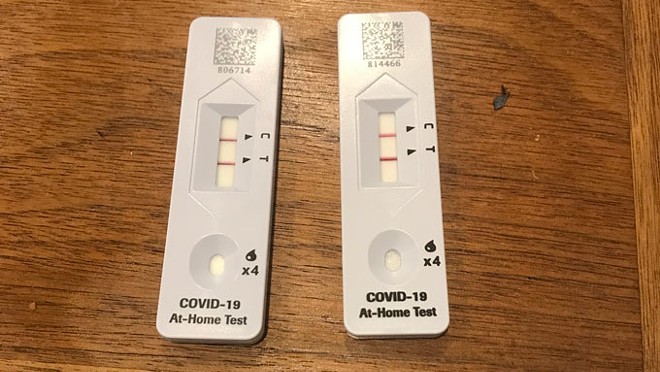 For some people, including President Joe Biden and National Institute of Allergy and Infectious Diseases director Anthony Fauci, the relief of vanishing COVID-19 symptoms and a negative test is fleeting. Biden, Fauci and many others have seen their tests turn positive again or have unwelcome symptoms return after taking a five-day course of the antiviral Paxlovid. Other people, including my husband, have had their infections rebound even without taking the drug.

Multiple studies have described cases of “Paxlovid rebound” after treatment. In one, seven Paxlovid-treated patients had the virus rebound to high levels after treatment ended, and symptoms returned for six of them, virologist Jonathan Li and colleagues reported in June in Clinical Infectious Diseases. Samples from three patients even carried infectious virus, a clue that some people who rebound might infect others. Another study that has yet to be peer-reviewed by other researchers found that fewer than 6 percent of people in the study who’d been prescribed Paxlovid had rebound infections in the month after finishing treatment.

It’s unclear why Paxlovid rebound happens, says Li, of Brigham and Women’s Hospital and Harvard Medical School. Studies show that people given the drug still develop a strong immune response to the virus after five days of treatment. “I think what’s happening in that situation is that you’ve got virus replication that’s been inhibited. All of a sudden, the drug has disappeared and the virus has a momentary opportunity to replicate. And it replicates to high levels,” Li says. But by then, the immune system has learned to fend off the coronavirus. If the recently trained immune cells encounter newly made viruses and set off alarm bells, symptoms may briefly come back.

Some people might not want to take the drug because they’re worried about rebound, Li says. But Paxlovid itself probably isn’t the cause. The drug’s not failing. It is still highly effective in preventing severe disease. “I would not hesitate to give my patients Paxlovid,” Li says. “I do tell them to be on the lookout for rebounding symptoms. But it doesn’t dissuade me in terms of prescribing it.”

Fauci took another course of Paxlovid in the wake of his rebound. The U.S. Food and Drug Administration says that there’s no evidence that 10 days of treatment is any more effective than five days, or that patients need a repeat. But, researchers are testing whether taking the drug for a longer period of time might prevent rebound.

Rebounding COVID-19 isn’t limited to patients who take Paxlovid. Li recalls that even in the early days of the pandemic, some patients would come to him in the hospital saying that they’d started to feel better but got worse again. It’s hard to know how to interpret such anecdotal reports, he says. Researchers are still learning what an untreated viral infection can look like in the body. While the virus’s (hopefully) brief invasion may appear straightforward on average — with virus levels in the body increasing to a peak before slowly declining as the person recovers — not everyone follows that pattern.

My husband got COVID-19 two months ago. His symptoms lasted about a week, and he was delighted to see the line on his antigen test getting fainter. Even so, despite feeling perfectly healthy, the line was suddenly back at full strength almost immediately after he added his sample to a new test days later. He was frustrated and, as a social person, lamented having to stay isolated.

Studies show he’s not alone. When Li and colleagues studied the course of disease in COVID-19 clinical trial participants who received a placebo treatment, 1 in 8 people experienced a rebound, with symptoms coming back for 1 in 4 people. That rebound, however, typically lasted about a day, and few had both high viral loads and returning symptoms, the team reports in a preliminary study posted August 2 at medRxiv.org that hasn’t yet been peer-reviewed by other scientists.

In this case, there’s no disappearing drug. Any returning symptoms without a positive test might be from something else such as allergies or a different respiratory virus, Li says. It’s also possible that the virus is replicating in different parts of the body at different times. Some tests might end up negative when the body eliminates virus from the throat, for example, but it’s still replicating at low levels in the nose.

That latter scenario may have happened with my husband. In a confusing twist, he tested negative on two saliva PCR tests while continuing to test positive on nasal antigen tests. A PCR test is far more sensitive, so we expected the opposite to happen. Since experts say to consider a positive antigen test as a sign you’re still contagious, he stayed isolated until he finally tested negative on an antigen test two weeks after his first symptoms appeared.

Luckily, he’s fully recovered now, and not at all eager for a repeat experience. That means we’re both still masking in public spaces and taking other precautions. We know we’re not done with this pandemic.