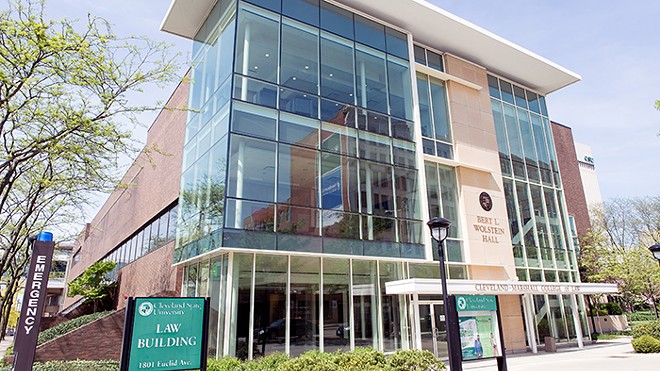 The March meeting is the board's final meeting before the university's May 15th commencement ceremony. Representatives from the student group, Students Against Marshall, received an email from Provost Laura Bloomberg and General Counsel Sonali Wilson confirming that the university was still drafting general policies related to naming "entities, units and spaces" at CSU.

In the university's view, those polices must be drafted and then subject to a 30-day review and comment period in accordance with state law, before a decision on the Marshall name can be voted on. But by the time the 30-day period is up, the board's March meeting will have passed.

For Students Against Marshall, the delay is a "devastating blow."

"Our single objective," read a letter that the group sent in January to a committee considering the naming issue, "is for the CSU Board of Trustees to remove the name of this slave master who built his wealth through ownership of human beings, from all aspects of the law college prior to the Spring 2022 Commencement, ensuring no other C|M|Law student graduates with the name of a brutal slave owner on their diploma." [Italics added.]

In a March 1 email to Provost Laura Bloomberg, Student Against Marshall leaders said they were enthusiastic about helping draft the university's new naming policies, but believed that the removal of Marshall's name from the law college was a separate issue.

"This delay was assumed as unintentional," the email read. "However, it appears to be another arbitrary administrative process, which can [be] cured with a singular calling for discussion and a vote in a meeting with a quorum of the voting Trustees."