Cuyahoga County Overdose Death Prediction Climbs to 806 for This Year 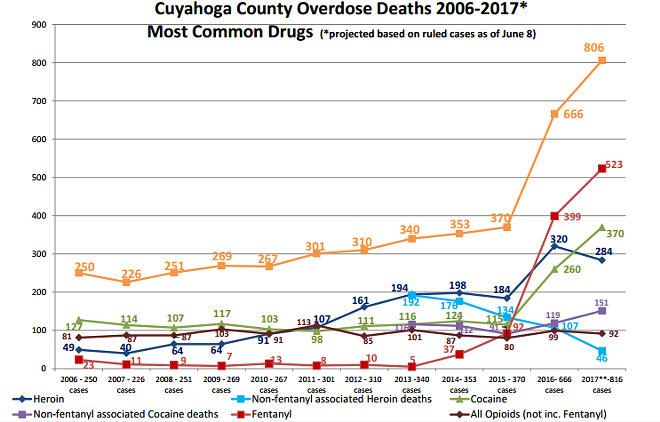 With the latest data now available from May, the Cuyahoga County Medical Examiner has increased the overdose death prediction for 2017 from 775 to 806, a sign that the crisis continues to grow worse with each day.

More than 250 people have fatally overdosed on opiates in Cuyahoga County this year so far, with a significant portion of those deaths being attributed to fentanyl, according to the most recent reports. For years now, dealers have cut the powerful painkiller into the local heroin supply. More and more, cocaine is being cut with fentanyl as well.

Also of note: The rate of African American overdose deaths is increasing by almost 100 percent over last year.