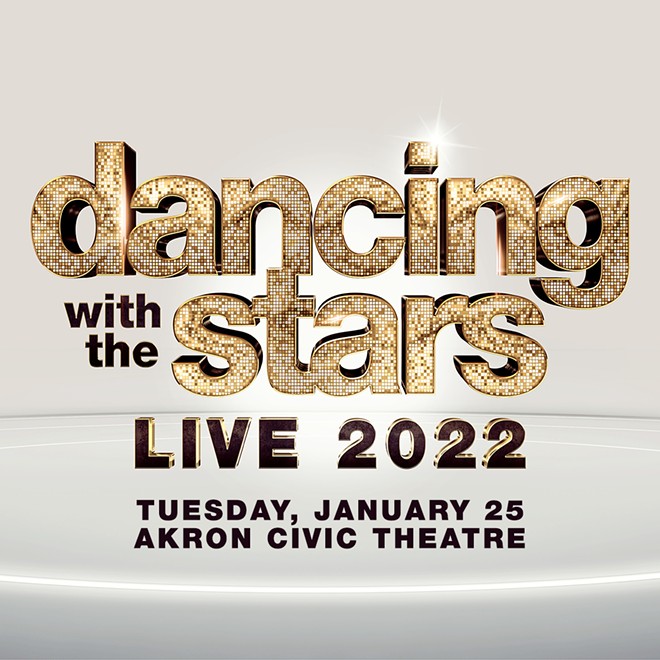 Courtesy of Live Nation
Poster art for Dancing with the Stars upcoming tour.
On tour to celebrate its 30th Season, Dancing with the Stars — Live Tour 2022 will feature an "all-new production with fan-favorite professional dancers thrilling audiences with all the breathtaking dance styles seen on ABC’s hit show Dancing with the Stars," as it's put in a press release. Expect to see new numbers choreographed specifically for the tour, which includes a stop on Jan. 25 at Akron Civic Theatre.

“After not being able to tour last year, we’re all so excited to bring the “Dancing with the Stars — Live Tour,” says Alan Bersten says in a press release. "I’m especially looking forward to this year’s tour because we also get to celebrate our show’s amazing 30th season.”

Tickets for “Dancing with the Stars – Live Tour 2022” go on sale at 10 a.m. on Friday. To purchase tickets and to get the full list of tour dates, visit dwtstour.com. VIP packages will be available through the tour's website as well.