DARE to Be Different 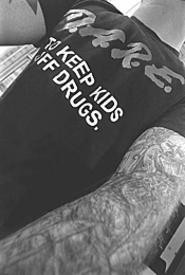 Walter Novak
DARE's rah-rah message has become an ironic joke.
University of Akron professor Zili Sloboda baffled colleagues when she announced her new research project: DARE. "Your career is over," they told her.

Sloboda's peers had reason to believe she had cast herself away to the Isle of Elba. DARE, an acronym for Drug Abuse Resistance Education, is taught in 80 percent of the nation's school districts, but major studies have found the program has no lasting effect. DARE leaders' typical response has been to call the researchers pointy-headed witch doctors. "It's like kicking Santa Claus," DARE America founder Glenn Levant once whined. "We're pure as driven snow."

But even political forces turned against DARE. Last year the mayor of Salt Lake City terminated the program, calling it a "complete fraud on the American people." DARE was also conspicuously absent from a recent U.S. Department of Education list of promising and exemplary violence and drug-abuse prevention programs. For Sloboda, a former director at the National Institute on Drug Abuse, to align with DARE was like a literature professor immersing herself in the works of Jackie Collins.

Actually, three years ago, DARE officials had something of a moment of clarity. Prodded by the federal government, they agreed to meet with expert researchers in the drug-abuse prevention field. First, the two sides aired past grievances, including charges that the DARE website doctored unflattering research. By lunch, said one of the academics, there was blood on the floor. But at a second meeting, Levant and Co. admitted their program needed to improve, while researchers acknowledged DARE's extensive delivery system. Serendipitously, the Robert Wood Johnson Foundation sought a new prevention program to fund. Akron's Institute for Health and Social Policy, where Sloboda works, won the $13.7 million grant to build and test a new DARE.

In its current form, DARE police officers typically lecture fifth-graders for 17 weeks. Many researchers believe that's too much, too soon. Another criticism of DARE is that it operates from a moralized, exaggerated sensibility descended from Reefer Madness. And just as that movie reached cult status, DARE T-shirts hang in the closets of irony-conscious hipsters.

The new DARE concentrates on seventh grade, when drugs and alcohol become more available, and condenses the sessions to nine weeks. The lectures give way to more participatory small groups and skill-building sessions. "At this age, they really need to be involved in the learning process," Sloboda says.

If the new DARE has a theme, it's practicality. Research shows students overestimate the prevalence of drug use among their peers. The new DARE tries to tell kids who abstain that they are more "normal" than they might think.

The program is being tested in six large cities across the country. In four years, the Akron institute will have a data set of 40,000 11th-graders.

A question the study won't answer is whether cops are the best messengers. A frequent complaint of DARE, which was founded by the Los Angeles Police Department in 1983, is that it's more concerned with its Adam-12 image than the real dilemmas of kids and drugs. DARE leaders "did not comprehend the nature of the problem they were trying to solve," says Jeremy Shapiro, a clinical psychologist at Applewood Centers, a behavioral health-care provider for youth in Cleveland. "They just had too much faith in those blue uniforms."

Shapiro designed a violence-prevention program -- Peacemakers -- that he says takes the "exact opposite approach." Instead of relying on the here-today, gone-tomorrow police officer, Peacemakers involves all school employees, including janitors and secretaries, so violence prevention "takes root in the culture of the school." Shapiro has trained educators from Cleveland, East Cleveland, and Parma schools. Remarkable decreases in aggression-related incidents and suspensions earned Peacemakers a spot on the Department of Education's list of promising programs.

Garfield Heights schools have adopted a similar bottom-up approach. Four years ago, the district implemented a plan to meet students' social and emotional needs. If kids are suffering, the thinking goes, they're more likely to engage in dangerous behavior. Fights and tobacco violations are down. DARE is still taught in the fifth grade, but it's only a portion of what is delivered. "When you combine DARE with a lot of things, it builds kids' resistance to drugs, alcohol, and violence," Assistant Superintendent Jeanne Sternad says.

Sloboda says her objective is not to prop up DARE, but to help communities deliver the best program. Thus far, at least, she hasn't encountered the hostility to outside thought that had been DARE's hallmark. "I think they're trying to be better about it, and I think they are better at it," she says.

But old habits die hard, if at all. After the terrorist attacks, Levant posted a message on the DARE website that recalls the days of Nancy Reagan and Manuel Noriega. "As a nation, we must recognize that those who buy and consume illicit drugs are ultimately supporting acts of terror and violence," he wrote, as if heroin users say a "Hail Osama" before getting their fix.

In an interview, DARE America spokesman Ralph Lochridge acknowledges the studies that have shown the program has negligible sustaining power. However, it wasn't long before he accused researchers of misunderstanding DARE and, even worse, discrediting it in order to boost their own initiatives. "I think there's a built-in motivation to criticize the program," he says.

Recovery, as they say, is a journey, not a destination.