DEALS WITHIN DEALS, SCHEMES WITHIN SCAMS

Yes, this is how business is done around here, as county commissioner Tim Hagan was so fond of reminding everyone during the whole half-billion-dollar convention center give-away to his developer-friend Chris Kennedy. What he meant: behind closed doors. 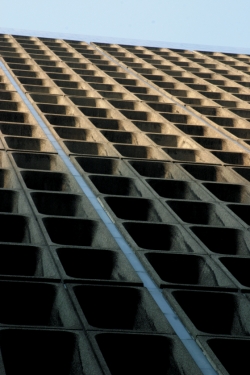 And so it goes with the Ameritrust building at Euclid and East Ninth. Commissioners bought the long-vacant building — which somehow manages to look like an Irish public-housing highrise and “architecturally significant” — in 2005 from Dick Jacobs for the grand price of $22 million. The plan: put in some money and have a brand-new-looking county HQ. But a few unforeseen developments screwed that plan up seven ways from Sunday.

County commissioners have reportedly thrown as much as $40 million into the building, but then said last year — with the Medical Mart/convention center issue boiling on the front burner and site selection still burning holes in key developers’ pockets — that they couldn’t afford to move forward and would acquiesce to the plans of a very-connected developer, Doug Price of the K&D Group. Price said he had a major tenant lined up to help him turn the old building into a hotel and gathering place, but then Price backed out early this week after that tenant bailed and any hopes of financing fell through.

But maybe this was the plan all along. Commissioners didn’t float the idea of buying a county HQ with sales-tax revenue, to make it an entranceway to the new convention center development, until after the Med Mart deal was done. This would necessitate a move and provide the cash flow, as Commissioner Jimmy Dimora told Cleveland Council members, “to fill another one of your vacant buildings elsewhere downtown.”

This was all before the lastest round of federal corruption indictments came down last week, though, which confirmed that Dimora and Auditor Frank Russo are indeed up to their doughy faces in what prosecutors allege is a fat mess of greedy shenanigans.

Now, Price looks like the worst possible person to have been sitting on the county’s Ameritrust crater, waiting for something that hasn’t happened. Not only are investigators interested in Dimora’s role in the Ameritrust sale and his dealings with K&D, but they allege Price paid Dimora and Co. a series of bribes for the county engineer’s office to locate to K&D’s Stonebridge development downtown.

Yeah, it might be wise for him to “just go away.” Maybe to Florida with Kevin Kelley.