Death of a Newsman 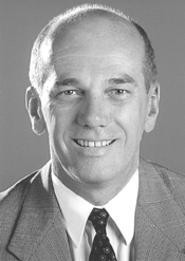 courtesy The Plain Dealer
Plain Dealer Editor Doug Clifton has no regrets about his paper's coverage.
Unlike many of Joel Rose's friends, Merle Pollis saw the first story. It was a tiny item, buried on page six in The Plain Dealer's Metro section on Thursday, August 3. It didn't say much, but it didn't sound good. "A search warrant was served yesterday at the home of former WEWS Channel 5 Morning Exchange personality Joel Rose, sources said," and that was about it.

For more than 20 years, Pollis was the yin to Rose's yang. Pollis is liberal. Rose was conservative. Merle is big. Joel was slight. They rarely agreed on anything of substance, but they were best friends. When Pollis got seriously ill several years ago, it was Rose who made sure he got out, who brought him meals.

They would talk at least a couple of times a day. They would go to lunch. They would see movies together. They would call each other when they saw an interesting story in the newspaper.

That Thursday, the story was about Rose. And when Pollis called, Rose would only say, "My lawyer says I can't talk about it."

The next morning, Pollis read The Plain Dealer story reporting that Rose was under investigation for sending pornographic mailings to more than a dozen women. Then he found out Joel Rose was dead.

In the wake of the story and the suicide, there has been plenty of criticism thrown at The Plain Dealer. From the use of anonymous sources to the timing of the article, the paper has been accused of everything from practicing tabloid journalism to outright murder.

If there is a public face to the vitriol directed at The Plain Dealer, it's Merle Pollis, a former radio broadcaster who has taken it upon himself to be a sort of one-man truth squad on everything Rose, demanding, prodding, and poking The Plain Dealer to explain itself.

"They just feel it's their obligation not to worry about the facts, I guess," says Pollis.

It hasn't exactly been a lonely crusade. In addition to the ire directed toward The Plain Dealer by its readers, other journalists around the country, a lot known to eat their own, have launched their own barbs. On MediaNews.org, a sort of electronic sewing circle for the nation's media types, The PD was bashed not only for its original story, but for columnist Sam Fulwood III's pro forma defense of the paper the following day, in which he quoted Rosa Maria Santana, the reporter who wrote the August 4 story, lamely offering up, "I'm just the messenger."

"I'm sick and tired of amateurs screwing up my business," wrote Phillip Blanchard, an editor at The Chicago Sun-Times, on MediaNews. "I'm also weary of paid apologists attempting to justify irresponsibility."

Indeed, there was no mistaking what Joel Rose did with his dramatic exit from this world. The Plain Dealer was no longer simply covering a big story. It became part of it, inextricably linked to Rose's death and subject to the kind of scrutiny it was normally accustomed to dishing out.

Even Rose's daughter, however, thinks some of the criticism has gone too far in trying to lay blame for his suicide at the feet of The Plain Dealer, though she does believe the paper was irresponsible in its coverage.

"I find it ironic that The Plain Dealer reported that one of the charges was pandering obscenity, and in my mind that's exactly what The Plain Dealer was doing by writing the story in the manner that they wrote it. It was National Enquirer type of journalism."

Doug Clifton, The Plain Dealer's editor, says the paper would report the story the exact same way if it happened today.

"What is the criticism?" he says. "That we printed a story about a criminal investigation before charges were filed? Is that an unusual thing? you have to ask yourself. And I think that, if you are fair about it, you realize that's not an unusual thing. Papers are littered with stories about investigations that are ongoing and no charges are filed."

Clifton also defended The Plain Dealer's anonymous sourcing, since the paper's information was bolstered by a five-page probable cause affidavit (which had been sealed by a judge) that was the basis for the search warrant executed on Rose's house.

"I felt confident that we had knowledgeable, authoritative law enforcement sources from multiple jurisdictions confirming for us the nature and scope of that investigation," he says.

Clifton believes the only reason the paper has gotten so much heat is because Rose took his own life. "If you were to remove one fact from this story, there would have been virtually no vitriol from this thing, I would say. That fact is, he committed suicide. Otherwise, everything would have been business as usual."

Critics have been unable to argue that The Plain Dealer was sloppy in its reporting. So far, the paper has been right. Joel Rose, in fact, remains a suspect in mailing sexually related material to more than a dozen area women.

If the paper was clumsy, it was in explaining its role and how it goes about covering Cleveland. Clifton continues to argue that Rose simply didn't protest loudly enough when he was contacted by the paper about the charges.

"I think we've all been conditioned in the newsgathering business, and we in the reading public, to hear from someone -- when they're asked a question -- respond, 'No comment.' What do we generally think? We think that's a bunch of bullshit. I guess I'd say that, if somebody came to me and said, 'We understand that the police are investigating you for stalking a dozen women and sending them weird stuff,' and it was totally groundless, made up out of whole cloth, believe me you would hear something more than 'I have no comment on that.'"

However honest, Clifton's dismissal of Rose's perfunctory denial has only added fuel to the fire of those who believe the paper acted irresponsibly.

"He didn't protest loud enough?" says Lauren Reed. "I don't believe it . . . I can't believe he himself believes that."