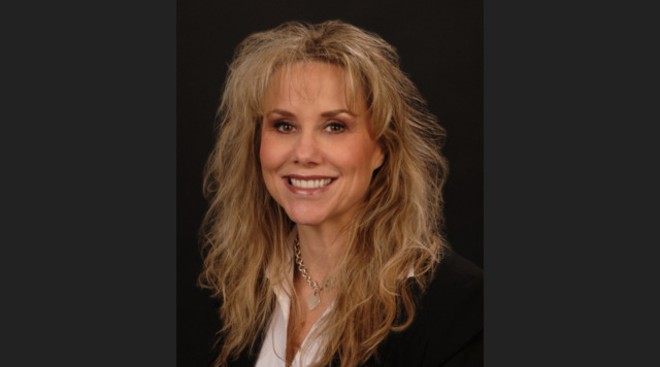 Gov. Mike DeWine hired an attorney to lead the Ohio Department of Health on Thursday, a position that has remained vacant for the past five months of the pandemic.

Stephanie McCloud, who currently runs the Ohio Bureau of Workers’ Compensation, will take over a position that has been filled on only an interim basis since Dr. Amy Acton stepped down in June.

McCloud’s hire is a pivot from the physicians who previously held the post like Acton or Dr. Joan Duwve, who was set to replace Acton but quit the job in September before she officially started. DeWine has said in the past he specifically wanted a medical doctor to fill the post.

“When I was elected governor, I knew that I wanted a Director of Health with a strong public health background, someone who had a passion for public health, and someone who could talk to Ohio citizens in a candid way about health issues,” DeWine said in June.

An about page on the BWC website lists McCloud’s backgrounds in insurance administration and the law, but nothing specifically relating to public health or infectious disease control.

A 1993 state law requires the ODH director to be either a physician or a person who has had “significant experience in the public health profession.”

Dan Tierney, a DeWine spokesman, said McCloud’s work at BWC, which consists in part of evaluating claims of work-related health care claims and finding ways to prevent workplace health issues, meets the terms of the statute.

“There’s multiple people who need to lead on this,” he said.

McCloud has valuable experience in management but nothing as it relates to public health, according to Micah Berman, a professor of public Health Law at Ohio State University.

“To me, this is indicative of the lack of respect — or understanding — of public health as a field of expertise,” he said. “The Director of Health should have expertise in public health — not just in health care or another health related field.”

The position has proven difficult to fill since Acton left. Acton had been the public face of Ohio’s public COVID-19 response to the newly emergent coronavirus, which included delaying a primary election, closing schools and businesses, and beginning to phase in a mask mandate.

However, Acton faced tremendous public backlash. Protesters gathered and called her out by name in rallies in front of the Capitol and outside her Franklin County home. Some of them carried guns. At least two people hoisted anti-Semitic signs at both locations.

Even after she stepped down, businesses and individuals challenging various COVID-19 health orders have named Acton as a defendant and issued summons seeking to drag her back into the fights. She described to The New Yorker hearing a conservative talk radio host in Ohio say if his key adviser quit during a crisis, he’d want to punch him in the face.

Duwve cited harassment of Acton as a reason for turning it down.

Announcing Duwve’s hire, DeWine boasted of her “extensive experience in public health” in both government service and academia.

The medical community has started to shine light on increasing backlash against public health officials navigating pandemics with no fixed playbook.

An August viewpoint article with the Journal of American Medicine cited Acton and dog-whistle anti-Semitic remarks thrown her way by a state politician in its argument for more cover for health officials from political leaders.


“The present harassment of health officials for proposing or taking steps to protect communities from COVID-19 is extraordinary in its scope and nature, use of social media, and danger to the ongoing pandemic response,” it states. “It reflects misunderstanding of the pandemic, biases in human risk perception, and a general decline in public civility.”