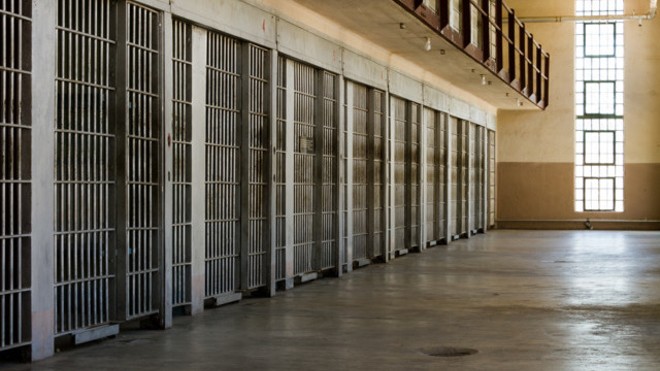 Photo via Thinkstock
Ohio Gov. Mike DeWine announced today that he is recommending the release of another group of inmates in Ohio's prisons as COVID-19 spreads throughout the state.

Prisons in New York and other hard-hit states have seen the virus spread quickly among inmates and employees. Inmate advocates in Ohio have asked the state to move quickly to avoid similar situations here.

Ohio's prisons have almost 49,000 inmates. DeWine's recommendations, which he made to a state panel called the Correctional Institution Inspection Committee, represent just a small part of that population.

Last week, DeWine recommended the release of 38 inmates convicted of nonviolent offenses who were either over the age of 60 and close to their release date or pregnant or recent mothers. Today, he added another 167 to that list — a group of 141 convicted of nonviolent offenses and already close to their release dates and 26 who are over the age of 60 and have medical conditions that put them at high risk of death or serious illness due to COVID-19.

The state has screened out of that list inmates with warrants in other states, serious prison rule violations in the past five years and those convicted of sex crimes, homicide, kidnapping, interstate crimes, ethnic intimidation, domestic violence or terrorist threats.

"Prisons pose a unique challenge in this pandemic," DeWine said during a briefing today. "Social distancing is helping us flatten the curve. But when we're dealing with prison inmates and correction officers...social distancing becomes much more challenging."

Advocates have asked for more sweeping releases, especially as COVID-19 cases have popped up in two Ohio state prisons and one federal prison in the state.

DeWine acknowledged the cases that had been confirmed in those state prisons, but said he must take "a measured, responsible approach" to the problem.

"We have coronavirus at Marion and Pickaway, and there's a great concern about that," DeWine said.

At least five inmates each at both of those prisons have tested positive for COVID-19. Twenty-seven employees at four prisons throughout the state also have confirmed cases of the virus.

Elkton federal prison in Lisbon, Ohio has 71 of its roughly 2,000 inmates hospitalized in isolation due to cases of the virus, which has caused three deaths. DeWine has dispatched 26 members of the Ohio National Guard to that prison. Cramped conditions that make social distancing impossible there came to light after an inmate at the prison made a public plea for help via social media.
Scroll to read more Cleveland News articles
Join the Cleveland Scene Press Club