Does Washington Want Kucinich? Does Anyone Care? (Updated) 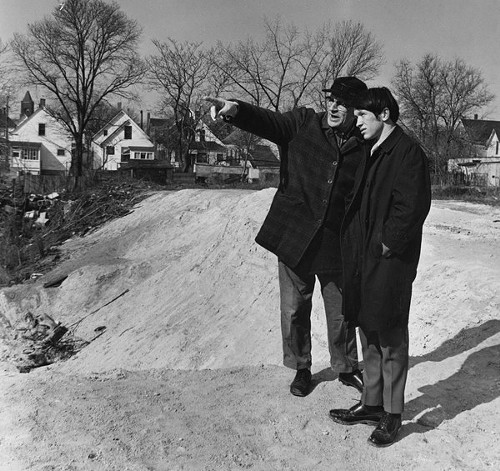 Update: Dennis! Kucinich has finally put all the rumors to rest. He will hang up his Congressional exclamation point at the end of his term and will not be seeking the seat in Washington state. A portion of his email that went out this afternoon:

Because of my love of public service, I have given a great deal of time and much thought to the advice and encouragement I have received from so many people of good will in Washington State. I certainly want to continue to be of service to our country and to the working men and women who have built it.

After careful consideration and discussions with Elizabeth and my closest friends, I have decided that, at this time, I can best serve from outside the Congress. My commitments to peace, to workers' rights and to social and economic justice are constant and are not dependent upon holding an office. They are dependent upon my continuing to stand up, to speak out, to organize, to motivate and to inspire our nation as to its deeper potential. This I promise I will do with great energy and heart.

After not so subtly saying that he wouldn't trek out to Washington state to try and land a congressional seat after losing the primary battle with Marcy Kaptur here on the shores of Lake Erie, Dennis! Kucinich is now — shockingly — flirting with doing exactly that.

He was out in WA and subsequently emailed supporters asking if he should run.

This conversation is right on par with Browns draft talk.

Anyway, Washington State Democratic Chair Dwight Pelz was quick to say Dennis! should just stop losing while he's ahead. (Behind?)

Pelz is having none of it, releasing a statement Sunday stating: "It is clear that Cleveland and Washington State agree one thing: we just don't want Dennis Kucinich. Kucinich was already rejected by Ohio voters after representing them for 15 years, and he isn't going to find meaning in Washington State. Voters in Washington won't be giving Kucinich a mulligan on yet another defeat in Cleveland."