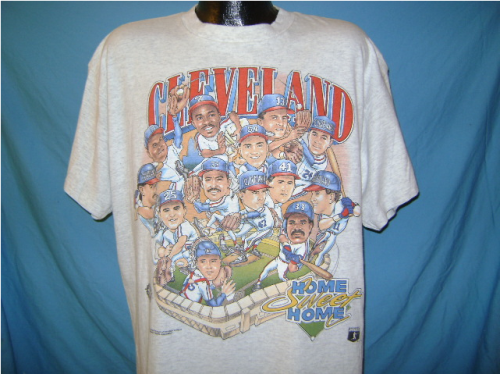 How appropriate after a week that saw the Indians trade Cliff Lee and Victor Martinez. While it's no 1995, this 1997 t-shirt is a sad reminder of just how far the last 12 years has taken the Tribe. Sure, it was just a mere two years ago that the Indians were one game away from the World Series, but it was the late 90's that Tribe fans remember fondly. Sold out stadiums, yearly contention. But, you're right Mark, we shouldn't think about that too much.

This shirt's priced a little too high (starting at $24.99) for us. Maybe someone with more money wants it.