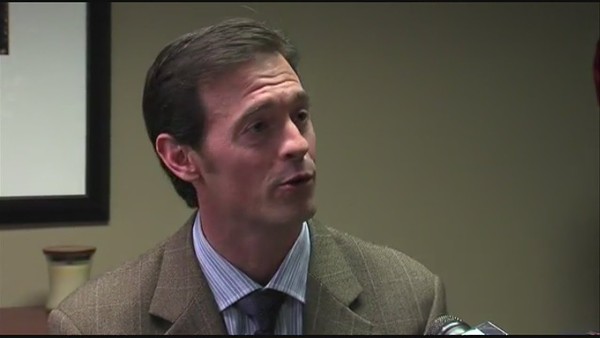 Update: The Miami Herald reported last night that Heben and the other four Americans who were arrested earlier this week in Haiti with a cache of weapons and cloudy explanations for being there were released by Haitian authorities to American law enforcement, who escorted the group back to American soil on an American Airlines flight yesterday. They will not be facing any charges, which, the paper reports, is already drawing anger from Haiti.

While the Haitian defense minister authorized their release to American authorities, it's unclear what the U.S. promised in the deal.

On Thursday, the Haitian Senate summoned the government’s security council, headed by Haitian Prime Minister Jean Henry Céant, to answer questions about who authorized the release of the five Americans and two Serbians. The prime minister said he wasn’t available and the meeting has been postponed for 11 a.m. Monday, said Sen. Youri Latortue, head of the Senate’s Ethics and Anti-Corruption Commission.

(Original story 2/21/19): Chris Heben, who now goes by Christopher McKinley, was among a group of American veterans who were arrested earlier this week in Haiti with a cache of weapons and tactical gear.

You might remember Heben from the 2014 incident in which he claimed he was shot in an Akron parking lot by unknown assailants. He was later found not guilty by a jury on charges of lying about the circumstances and location of the shooting.

According to the Miami Herald and multiple reports, Heben and at least three other Americans and a handful of other security gig contractors were arrested by Haitian police after first being stopped for driving without license plates. Weapons, including AR-15s with red-dot optics, were discovered. Reports also say their visas were not stamped showing entry into the country.

Why they were there is an open question. They told Haitian authorities they were there on a "government mission" but no one in Haitian government supported their claims and Prime Minister Jean-Henry Ceant told CNN they were "mercenaries" who were targeting government officials.

The State Department, which had last week issued a Level 4 advisory advising against travel in the country due to unrest and violent demonstrations in Port-au-Prince, issued a statement to Task and Purpose saying, "When U.S. citizens are arrested overseas we seek consular access as soon as possible and provide appropriate consular assistance as provided by the Vienna Convention on Consular Relations. Due to privacy considerations, we are unable to comment further."

For further reading on the other various security contractors who were arrested, click here.