FAA Documents Reveal Drone Use in Medina And Elsewhere In Region 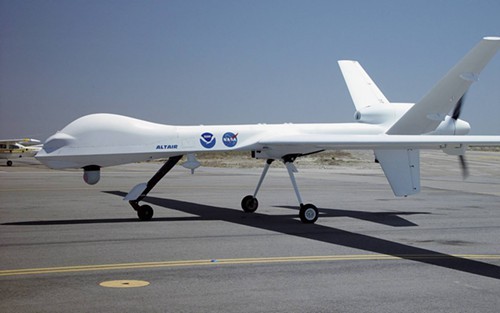 But don't expect much action on that front anytime soon. While Scene is awaiting contract information and detailed plans from the agencies, typical civilian drones clock in around one or two pounds and serve training purposes (via law enforcement) or studying purposes (colleges and universities).

The local agencies join a total list of 81 nationwide groups in nearly every state that have received approval from the FAA to fly drones - otherwise known as unmanned aircraft. With recently released news of the U.S. government's policy on targeting American citizens with drone strikes, the devices have garnered a bright spotlight in recent weeks. And with the headlines come widespread concern for privacy.

No Drones Ohio, a burgeoning group dedicated to the outright prohibition of the technology in the state, is working to garner members from Dayton to Columbus and beyond. Dayton, in particular, and Wright Patterson Air Force Base and Sinclair Community College have attracted a great deal of drone attention in recent years.

The image of slightly buzzed college students getting their drone on and flying the machines is enough to bring out both a little laughter and a lot of concern. And even though most civilian drone use actually encompasses tiny aircraft used to carry out various tasks (crop dusting, fire fighting, building inspection and plenty more), there is a growing sense of curiosity, if not outright concern.

It's the matter of precedent and expansion that has privacy advocates fretting.

Requests for details and contracts from the Medina County Sheriff's Office and ODOT have not yet been answered.