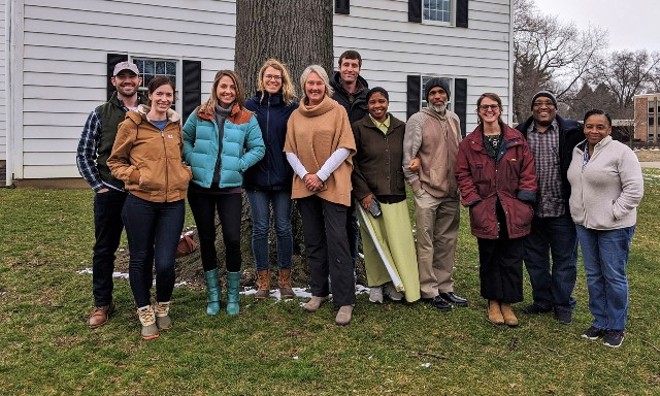 COLUMBUS, Ohio — One of the unspoken challenges among first-generation beginning farmers is the lack of social support and generational knowledge. An Ohio program is helping to address this by pairing new farmers with experienced sustainable farmers for insight and guidance.

Minister Aaron Hopkins is an urban farmer at two sites in Columbus and a graduate of the Ohio Ecological Food and Farm Association's "Heartland Farm Beginnings" course. He was connected with a farm mentor to get helpful advice on his operation, and said the relationship opened his eyes to his own role in supporting the next generation.

Hopkins said he got into urban farming to help fill the need for fresh food in his community. Besides feeding people in the neighborhood, he's also talking with them about healthy foods and getting them involved in the growing process.I also learned a lot about engaging in policy and policy issues," he said, "and so, I do want to be a great advocate for these urban farms and farmers of color, looking at how they are supported and what opportunities exist for them."

Roughly 10% of small farmers exit farming each year, and experts have said helping beginners attain knowledge, skills and community connections is crucial to the future of the U.S. food system. In 2017, one in four Ohio farmers was considered a beginning farmer.