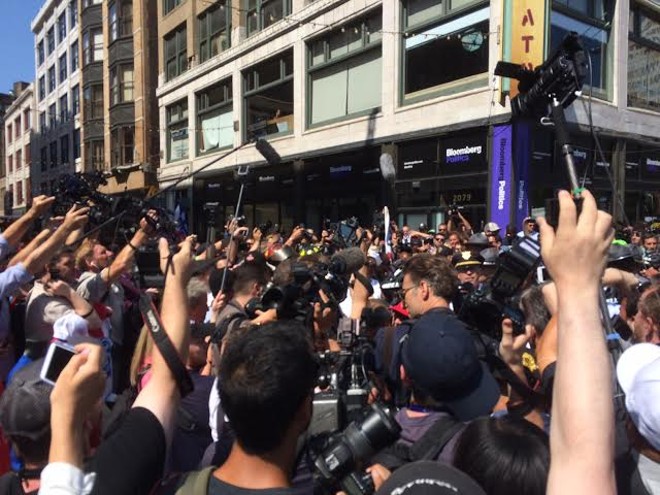 The prosecution stems from a July 20, 2016, incident right outside Quicken Loans Arena, which quickly turned into a media spectacle; Scene was there, watching the kerfuffle on Prospect Avenue. Cameras and police badges outnumbered the protesters by about a bajillion to one, and it was the crush of video cameras that prompted the police to intervene and pull the rug out from under the protesters (and then arrest them immediately).

“For over a year now we have been living every day with these charges hanging over our heads,” Noche Diaz, one of the 12, said in a public statement. “Our actions were righteous, just, and constitutionally protected. We call on Cleveland Prosecutor Kimberly Barnett-Mills to dismiss these politically-motivated charges pending against us.”

Attorney Sarah Gelsomino added: “Prosecuting these people is nothing more than an attempt to sweep the unconstitutional actions of police under the rug."