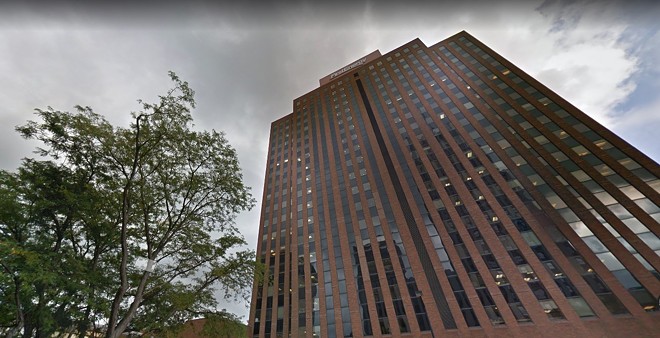 After FirstEnergy Corp. admitted in court to bribing state officials, it sent word to its former CEO about his salary.

The company wanted its money back. All $56 million.

In November 2021, the compensation committee of the company’s board made a “recoupment demand” to former CEO Charles Jones for $56 million, according to a quarterly report filed Tuesday. The money includes his compensation over roughly three years. Investors suing the company have identified Jones as an orchestrator of the bribery operation.

The company said it would withhold any money it still owes Jones against the recoupment demand. However, the filing warns that there’s no guarantee Jones will pay the rest. It makes no mention of taking legal action.

“There can be no assurance that the efforts to seek recoupment from Mr. Jones will be successful and the approximately $56 million recoupment demand has not been recognized in FirstEnergy’s financial statements,” the filing states.

A regulatory audit in Pennsylvania published last month first revealed the existence of FirstEnergy’s contractual ability to reclaw Jones’ salary. According to the Pennsylvania Public Utilities Commission, FirstEnergy’s board chose not to invoke the provisions to reclaim the money it paid Jones.

Jones has not been charged with a crime. FirstEnergy, as a company, entered into a deferred prosecution agreement with the U.S. Department of Justice last summer. It agreed to cooperate with related criminal investigations to avert a charge of honest services wire fraud. The company also paid a $230 million penalty and admitted to a lengthy set of facts detailing the operation. None of its current or former executives have been charged.

FirstEnergy admitted to using nonprofit entities “as a mechanism to conceal payments for the benefit of public officials and in return for official action.”

Householder, a Republican, has pleaded not guilty and awaits trial in January 2023, as does one other alleged conspirator, lobbyist and former state Republican Party chairman Matt Borges. Randazzo has not been charged with a crime and has maintained his innocence.

FirstEnergy said in its filing it paid about $60 million into nonprofits secretly controlled by Householder. As House Speaker, Householder in 2019 muscled a bill into law that’s worth about $1.3 billion to FirstEnergy, via a bailout of nuclear plants it owned at the time and other friendly provisions.

On July 11, the U.S. Securities and Exchange commission, through its enforcement division, issued its third subpoena to FirstEnergy, according to its quarterly report.

The company “believes that it is probable that it will incur a loss in connection with the resolution of the SEC investigation.”

FirstEnergy continues to face a blizzard of related investigations from federal and state regulators, as well as in multiple lawsuits related to the scandal.