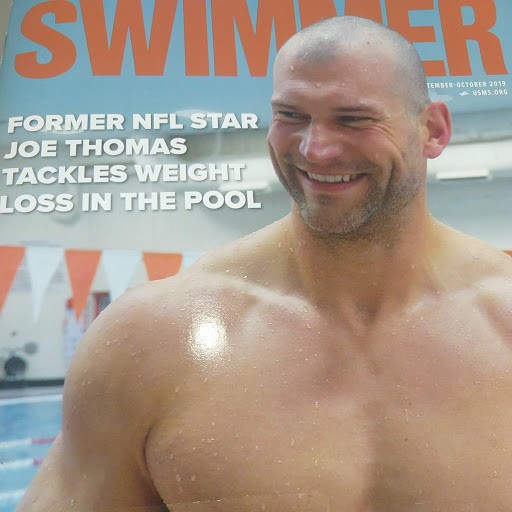 A couple of years ago when the Browns renovated the lap pool at their practice facility, now-retired star offensive lineman Joe Thomas took up swimming.
Because of his incredibly dense bones, swimming didn’t come easily to him.

But he stuck with it and has continued to swim regularly post-retirement (he called it a day last year).

He’s on the cover of the current issue of Swimmer magazine, a publication sent out to U.S. Masters Swimming members.

“Swimming has been really big for me because after 11 years in the NFL, I’m unable to run,” he says in the article. “When I do run, even for short periods, I have a lot of joint pain — especially in my knee, my back, and my hip. So I basically can’t run. I needed to find a way to burn calories, get cardio, and try to maintain a healthy lifestyle.”

Thomas, who weighed a good 300 pounds when he played for the Browns, has lost more than 50 pounds by swimming and changing his diet.

According to the article, he’ll join the NFL network this season as an analyst and serve as an ambassador for the Browns.