Fox Sports Ohio Has to Be Pretty Happy About the Cavs 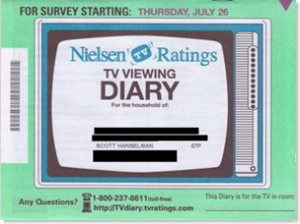 As the Cavs stomped their way to the best record in the NBA, the Wine and Gold became appointment television. I'd like to think it's because everyone couldn't enough of Austin Carr's lines, but that's just wishful thinking. I bet it has more to do with losing only two games at home, being exciting on both ends of the court, and having the world's best player. Perhaps the only thing people wouldn't want to have tuned in for this season was the horrendously ugly Cav Fanatic jersey debacle.

The numbers from Fox Sports Ohio back it up. From the Sports Business Journal:

But the biggest success story came from LeBron James and his Cleveland teammates, who set a regular-season ratings record for Fox Sports Ohio with an 8.76 rating/134,000 homes. The Cavs posted the highest rating number since the Chicago Bulls averaged an 8.9 rating in Chicago for the 1997-98 season, Michael Jordan’s final season with that club.

Even more stunning is the fact that an average of 134,000 Cleveland-area homes tuned in for each Cavs game, second only to the Lakers’ 250,000 average on Fox Sports West. Cleveland is the country’s 17th-largest TV market.

In fairness, a lot of those people probably just had the game on while waiting for the Best Damn Sports Show Period to start.