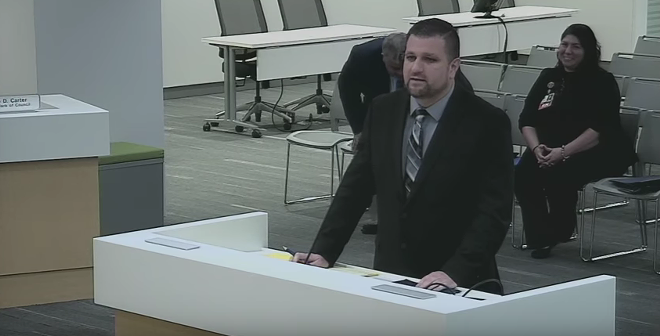 Brack's suit, which was announced Tuesday by the Chandra Law Firm, alleges that Budish failed to produce existing records which would have showed he knew about the critical nursing shortage as early as April, 2018, weeks before the first of eight inmates died that year.

Keenan’s April email to Budish and then Chief of Staff Earl Leiken sounded the alarm in explicit terms. She said nursing vacancies, low wages and a failure to attract new hires was creating risk for the county, referencing the potential for legal settlements if inmates died. Keenan estimated that filling the nursing vacancies and increasing wages would cost the county $400,000, which would be less expensive in the long run because it would lead to less staff turnover and would minimize the county's financial risk.

In one of several emails to cleveland.com on the day of her firing, Keenan said she'd warned the administration about urgent issues at the county jail before the inmate deaths began. Chief of Staff Bill Mason indirectly denied that Keenan had done so. "If Ms. Keenan had something to report," he said, "officially she should have done so and can still do so.”

That's relevant for Brack because he was terminated shortly after he spoke at a Cuyahoga County Council meeting at which he testified that former Jail Director Ken Mills had been blocking the hiring of nurses. (Brack has a pending lawsuit, alleging that Budish commanded MetroHealth CEO Akram Boutros to fire him in retaliation for speaking out about the county jail's woes.)

On July 16, 2019, Brack requested records from the county, including emails between Budish and Keenan from January 1, 2018 through the day of his dismissal on May 24, related to the County jail.

Brack’s attorney Ashlie Case Sletvold said in a statement that the county's failure to produce Keenan's email and other relevant records was "symptomatic of the crisis of integrity plaguing our local government. It is long past time for Cuyahoga County to come clean about all aspects of the human-rights crisis it has created—and known about—at the jail.”